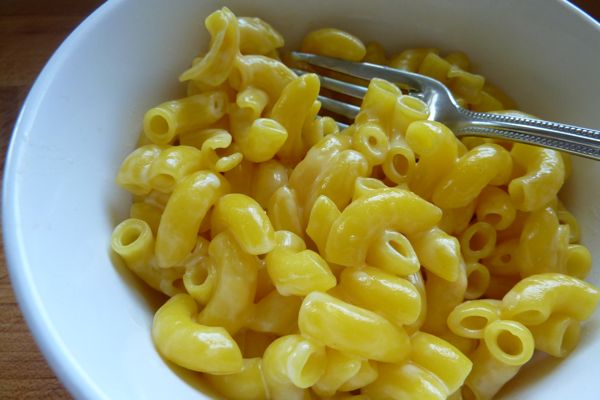 Just want to clear one thing up: My family does not all sit down to the same dish every single night. We do most nights. But like every house that is inhabited by humans born in the 21st century, there is the constant chorus of requests (an awfully nice way to put it) from the royal diners. I want spaghetti not meatballs, I want meatballs not spaghetti. I want ketchup with my hamburger. I won’t eat my fish without soyaki. I don’t have to go on. I know you know.

There are also nights when it’s just not a realistic proposition for me to forego, say, the pasta with yogurt and caramelized onions that I’ve been craving all week…just because two of the four people at my table will wrinkle their noses in protest when they see it. On those nights, when we all eat together but eat wildly different things, I am not cooking elaborate Plan-B type meals.  I won’t make anything more complicated than peanut butter sandwiches and Annie’s Mac & Cheese if they’re not going along with what’s on the menu. I’ve never felt bad about the PB — it’s a wholesome meal as far as I’m concerned…all-natural peanuts on whole wheat bread. But the Mac & Cheese? Well, it’s organic, but is it nutritious? I stopped feeling guilty about it when my friend Claudia told me a trick she learned from her mother-in-law. Like all brilliant ideas, it’s so simple it’s genius.  She makes Annie’s Mac & Cheese with quinoa. Yes, quinoa, the complete protein that you usually see in the same sentence as the word “superfood.” She mixes an Annie’s cheese pack into a big batch of the stuff and her kids call it Quack and Cheese. My kids still won’t eat quinoa (I feel it, though, they’re getting close) so I thought I’d do a halfway-house version using elbow-shaped quinoa pasta, which you can find at most health and specialty stores. It’s appealingly yellow color made it an easy sell and even though Abby noticed its slightly chewier texture, this didn’t appear to be a deal-breaker.

this is going to make my sister so happy — mac & cheese is the only thing her son will eat!

I love quinoa; so I know I will looove this! I didn’t even know they made quinoa pasta; thanks.

[…] you seen this? quinoa pasta-what a great idea for mac n cheese. its an extremely healthy grain and now its a […]

I think this is genius! I linked to you today … thanks!
http://weeksofexperience.blogspot.com/2010/06/trickery.html

I read your newsletter. Do I win Placemat Art?! Xoxo I <3 quinoa