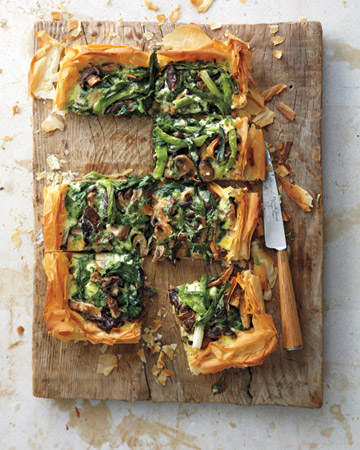 About 15 years ago, I was chatting with two women at a cocktail party when one of them mentioned she was a vegetarian. Other than feeling a flash of pity — poor thing can’t eat a steak — I didn’t think much about it until she wandered away to get a Pinot refill.

At that point, the other woman whispered, “Well, that’s a pretty good sign that she’s not a lot of fun!” We snickered and shoved a few more pigs in blankets down the hatch.

I’ve thought about this conversation a lot in the past few years. When I replay it and think of my glib response, it feels like watching a pregnant Betty Draper in “Mad Men” throwing back a martini: How could she not know? How could I have dismissed this woman when it was likely that some major soul-searching had gone into her decision to stop eating meat? How could I not have known?

Maybe it was because that cocktail party was about eight years before Eric Schlosser’s “Fast Food Nation” described the disturbing conditions of the slaughterhouses and meat-packing plants feeding the country’s fast-food system. And before Michael Pollan asked us in “The Omnivore’s Dilemma” to question everything on our plates and how it got there. It was way before investment bankers were leaving Wall Street to start organic chicken farms and before new dad and literary darling Jonathan Safran Foer proclaimed in his 2009 vegetarian manifesto, “Eating Animals”: “We are equally responsible for what we don’t do. In the case of animal slaughter, to throw your hands in the air is to wrap your fingers around a knife handle.”

Click over to Body + Soul to read the rest of the story and to get the recipe for this stunningly good vegetarian main: Spinach, Mushroom, and Scallion Tart.

great article! we’ve been working on eating less meat at our house these days, too. Inspired me to look up Meatless Mondays on facebook…such a simple thing everyone can do to start….thanks!

also, your maya kaimal recommendation resulted in a good easy veggie dinner for us: we just toss some bagged baby spinach and a can of chick peas with the tikka masala sauce. add basmati rice and done. so fast and easy and my son will eat anything with chick peas in it (which he calls “baby potatoes”).

[…] An interesting read for the shifting views of vegetarianism from one person. […]

Thank you so much for this post! And a great recipe! YUM!