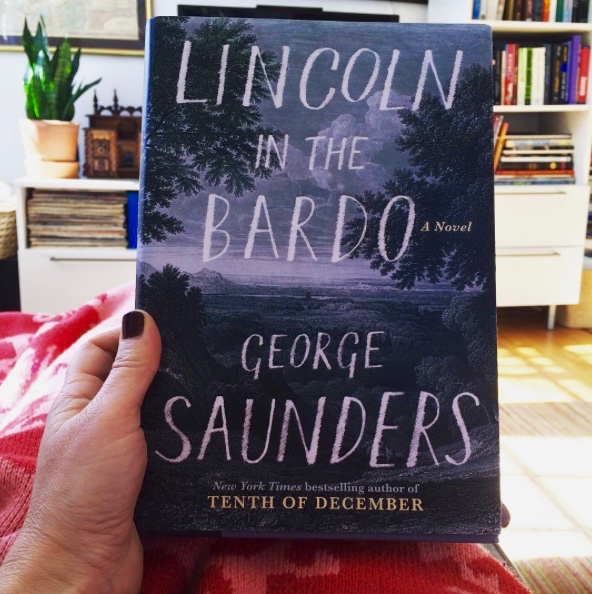 I have only one item on today’s Friday Round-up, but it’s a good one. Those of you who have been with DALS from the beginning know that we are guilty of playing favorites when it comes to certain authors. One of those authors is George Saunders. Through the years, we’ve talked about his masterful short story collections (Andy was lucky enough to be his editor on Tenth of December); we’ve probably gifted more copies of his kid’s book, The Very Persistent Gappers of Frip, than anyone on earth; And once he even guest-posted on DALS about his favorite childrens’ books. So to keep things consistent, I’m pleased to break some exciting news: George Saunders’s first novel, Lincoln in the Bardo, is out this week. The novel takes place in a cemetery over the course of one imagined night when Abraham Lincoln visits his eleven-year-old son’s grave. (Lincoln did in fact lose his son, Willie, while he was President, but after this is established, the line between fact and fiction becomes deliberately blurry.) His narrators are ghosts and the story is written like a play, interspersing dialogue between fictitious and historical characters, and making you feel — in the words of my friend who devoured it in one sitting — like you’re trapped in a fever dream. It’s the kind of writing that is inspiring people like Colson Whitehead to call the book “a luminous feat of generosity and humanism.” (Colson Whitehead people!) You can read the complete review on the cover of the New York Times Book Review. (The cover, people!)

Have a great weekend.

I will be purchasing that Tuesday. Can’t wait!

always love to read book recommendations, fiction is hardest because it’s so subjective and I’m so leary of the latest literary “twist” in narration, style, etc, that is inevitably hailed as latest, greatest, etc., etc. and usually disappointing to me after reading, this though looks promising, if only based on the subject, but also based on your high praise for his work to date, thank you!

Agree with Sabrina’s comment below, having a trusted source recommend a book, especially fiction, puts this book on the top of my list!

I just started reading this book, and it’s incredible. It makes me laugh and cry all at the same time. Exactly what you want from a book. So glad to hear you’re reading this!

I will have a look for this at the local bookstore. Our whole family loves the Gappers of Frip!

I finished this book earlier in the week and thought to check your blog about it today! A quick “George Saunders” in the search bar and sure enough…! I can’t stop thinking about it! It’s so bizarre and brilliant and evocative!