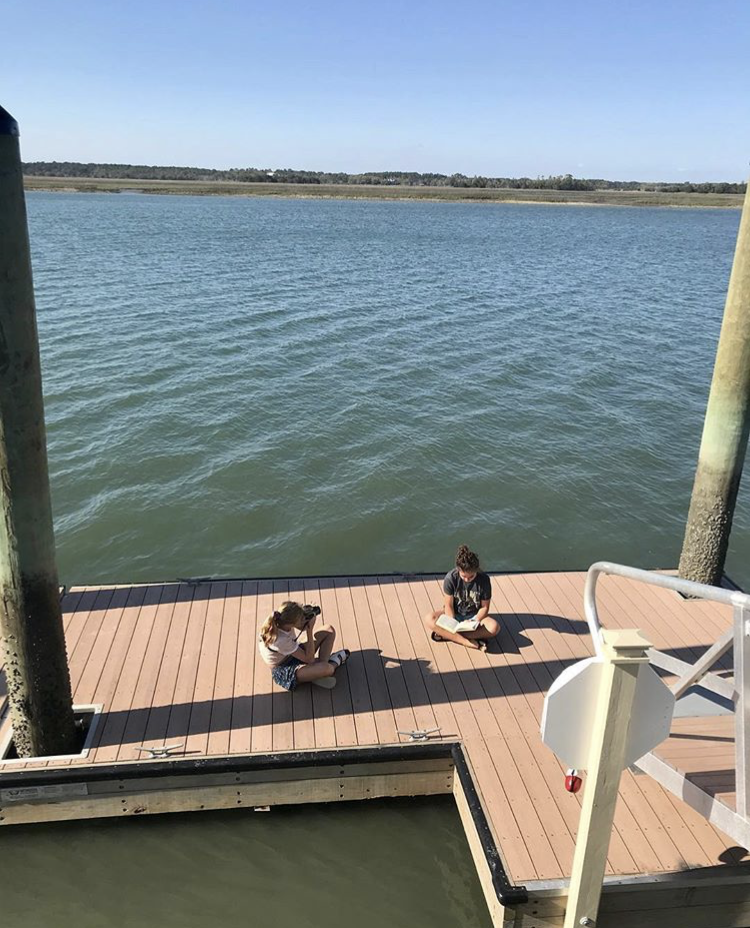 Remember that heartbreaking scene in Catcher in the Rye when Holden drops the record he bought for his little sister and it shatters into a million pieces? Or when Sylvia says she can no longer be with Dorian Gray because their love is interfering with her art? Or the deeply sad ending to Steinbeck’s Of Mice and Men? Wait, what, you don’t? Just kidding, neither did I, at least not until recently. It wasn’t something I thought about too much until I had middle-school age kids who had graduated to reading books that used sophisticated literary devices like, you know, symbolism. Then suddenly I found myself fielding questions like “Mom, what would you have done with Lennie if you were George?” When I tell then 13-year-old Abby that I don’t remember much about Of Mice and Men, she is incredulous.

“How could you forget the last scene? I can’t stop thinking about it!”

Instead of lecturing her on the seven million things that have cluttered my aging brain since eighth grade, I decide she’s right. That summer, on a long flight with the family, I read Of Mice and Men cover to cover, and find myself weeping over Lennie’s tragic fate. I’m consoled only by Abby, who is sitting next to me and eager to talk it through. The book was way better than I remembered — truly, how could I have forgotten the ending? — but the real reward was that conversation, a genuine heart-to-heart with my daughter about friendship and loneliness.

Bonding over books is not the only reason I love reading what my kids are reading. I read The Giver and Maus, and A Picture of Dorian Gray to fill a few of my embarrassingly wide literary voids. Phoebe, a dark fantasy girl of the highest order, read Dorian Gray so many times that I lived in fear of her discovering the truth about her mother: I had never read anything by Oscar Wilde. (This as an English major, no less!) Other times, I’ll read something just to feel a little closer to them. Like the time Phoebe wrote to us from sleepaway camp saying how glad she was that she brought along her best friend Tintin. That night, out of solidarity, I started reading the half dozen or so Herge volumes she left behind. There were still other instances when I’d pick up titles — like Wonder and The Fault in Our Stars — simply because I sensed they were going to define my childrens’ era and I wanted to know why.

Is it always a hugely rich and satisfying literary experience? Of course not. No matter how much Phoebe begs me to read V is for Vendetta or even Brave New World, I just can’t get into either. But I’m pretty sure both of the girls at least appreciate the effort.

I wrote this essay as part of an awesome summer reading package (the best of the season’s memoirs, thrillers, novels, plus standout books for teens) in the July issue of Family Circle.

Related: A Summer Reading List for the Whole Family and Audiobooks for Family Road Trips.

Yes! I have an 8th grader this year and I try to always read what he is reading in class. It is so helpful when it comes time to help on papers or projects…even if it is a book I have already read, I definitely only remember the gist of most of them!

I love this post and utterly agree. My ten-year-old has started reading books that have been recommended in school or by friends (in a departure from when my suggestions were the only voice), and she recommends one to me from time to time. She’s thrilled when I take time to read it (at this age they’re generally a fast read), and it’s wonderful to start what I hope will be a lifelong dialogue about what we find interesting in books. Not to mention the pride she feels in offering her mom a recommendation that is taken!

I love the idea of revisiting some of the classics or experiencing them for the first time along with your kids! I’m a school librarian, so it’s kind of my job to read what the kids are reading, but it’s SO fun when a kid chooses to read something I loved at their age and we can talk about it afterwards.

I totally agree and still remember reading The Cay by Theodore Taylor when my son was in the 3rd grade. He’s now 26 and a high school History teacher btw. Powerful book in a gentle way.

I read The Cay in 3rd or 4th grade and I can still remember parts of if so clearly. None of my children have read it thus far but I keep suggesting it and waiting for one of them to pick it up or find it on a school reading list.

I loved this post. I recently read Kindred with my 9th grader when it came up on her English syllabus- a book I had on my to-read list for a long time. We both kind of hated it, but we had so many deep existential talks about it, which is the whole point. I deeply miss the days of reading to my little ones at bedtime. It was always the best part of my day and when they grew out of it, I was…heartbroken But being able to read alongside them and talk about books is a pretty good condolence prize.

This is so important and something I always did. I can’t tell you how many Boxcar Children books I read. Even if you don’t like the book, this is your chance to talk about why you didn’t like it and talk about the characters. The goal is to have it be expected to have discussions about books. And now that my son is an adult, we occasionally still do it. Last year my son, husband and I all read a book and then talked about it together. It was lovely.

Middle school English teacher here and I approve this message! Plus, there are just really wonderful YA authors out there and I find the themes transcend generations. I LOVE seeing my students read the Harry Potter series, Divergent series, Hunger Games, etc. and chatting about the books before school.

Also note to parents: want your kids to read more? You need to read. Kids need to see it as a normal part of daily life. My English class has independent reading time every day, and it’s often the only time they read all day. Before/after dinner turn off the electronics and have family reading time!! Use it as your excuse to disconnect and delve into a book purely for PLEASURE.

I have been looking forward to rereading these books with my children since before they were born. Now my oldest is 12 and entering 6th grade and the fun can begin!

My reluctant reader twin boys and I read “I Will Always Write Back” together 3 years ago and we still talk about it. Will try to dip into Steinbeck this summer. Thanks!

I love this post so much, I’m stepping out of the woodwork to comment for the first time. Your reference to ‘Of Mice and Men’ and sharing it with your daughter reminds me of one of my favourite poems that I first heard on The Writer’s Almanac in 2017, ‘Reading to My Kids’ by Kevin Carey. I hope it’s ok to share here:

When they were little I read
to them at night until my tongue
got tired. They would poke me
when I started to nod off after twenty pages
of Harry Potter or Lemony Snicket.
I read (to them) to get them to love reading
but I was never sure if it was working
or if it was just what I was supposed to do.
But one day, my daughter (fifteen then)
was finishing Of Mice and Men in the car
on our way to basketball.
She was at the end when I heard her say,
No, in a familiar frightened voice
and I knew right away where she was.
“Let’s do it now,” Lennie begged,
“Let’s get that place now.”
“Sure, right now. I gotta. We gotta,”
and she started crying, then I started crying,
and I think I saw Steinbeck
in the back seat nodding his head,
and it felt right to me,
like I’d done something right,
and I thought to myself, Keep going,
read it to me, please, please, I can take it.

Of course, at the moment my seven-year-old is into pick-a-path books that I just can’t get into, so I guess I can’t take it.

Thank you for this! I was an avid reader of fiction as a young girl, but these days I’ve been reading all of the personal development and parenting books I can. I think it’s time to connect with my bookworm tweens/teens over some great reads. 🙂

Don’t have kids yet, but I remember my dad reading many of the books I was reading, or recommending books he enjoyed for me to read when I finished something. From third grade on, he would take me to get the new Animorphs book each month and read it right after me (since they only take about an hour) so that we could discuss it.

I love this! I still read aloud to my voracious 3rd grader. She reads loads on her own, but we always have something going that the two of us read aloud together each night. Right now it’s Wild Robot, by Peter Brown. It’s a lovely bonding time together, and it’s fun discussing the books with her, and watching her detangle the meaning and symbolism from the more sophisticated reads.

I remember my son coming out of his room with his copy of The Outsiders with a very somber look on his face. “They’re going to rumble. Johnny’s in the hospital. I’m really worried.” I pretty much burst into tears. I think our reading of these books is so fundamentally different when done through the lens of a parent’s eye.