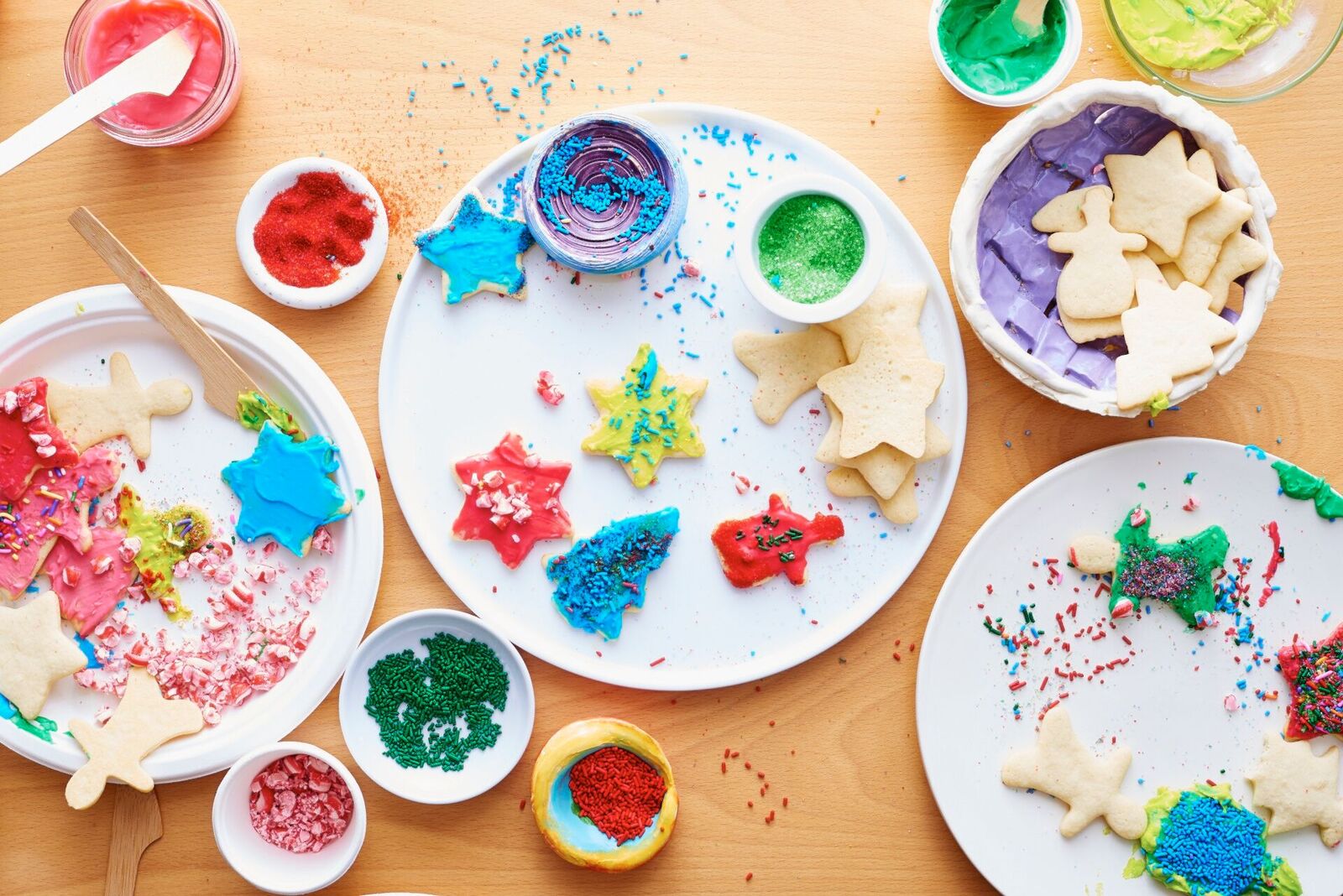 Today’s post, the last before I head out for the holidays, is an excerpt from my book, How to Celebrate Everything. Like many of you, this year, more than any other year in recent memory, I have found it nearly impossible to downshift from the everyday scramble into “intentional mode,” as in: Here I am, decorating cookies with my daughters, surrounded by family, and look how lucky I am.  For that reason, I thought it was as good a time as ever to post a section from the chapter in my book called “How to Avoid Empty Celebration Syndrome,” specifically the part about my father-in-law’s poetic strategy for infusing meaning into holidays and celebrations. (With a brief cameo by my own father.) It’s one of my favorite chapters because it pays tribute to a family ritual I treasure. I hope you enjoy it. Happy holidays and see you in the new year.

For as long as I can remember, if someone is graduating, getting married, celebrating a birthday or anniversary or holiday, or marking any other major milestone, my father-in-law, Steve, has written a poem to commemorate the occasion. And when I say poem, I’m not talking about the kind of thing one hears at a wedding, read in unison by two drunk groomsmen written on a piece of toilet paper. I’m talking masterfully crafted four-line stanzas—usually about a dozen of them—written in unrelenting iambic pentameter. The first time I ever heard one was at Andy’s college graduation in 1994. We were sitting on the town green, surrounded by Andy’s parents, brother, aunt, and uncle, finishing up a dinner picnic on one of those lovely late spring New England nights, when Steve removed an eight-by-eleven manila folder from his bag and said he had a few words. I would later recognize that folder as a Pavlovian cue for Something good is about to happen. But on that occasion, I had no idea what I was in for. To give you an example, here’s a stanza about Andy defending his honors thesis in front of a panel of professors:

And another that made me think that maybe this was a family worth marrying into:

Who brought him back when he was down,
Who really turned his world around
That bluest chip of New York stock,
The Lady Jenny Rosenstrach

As I type this, I’m not even referring to the framed, signed original copy of the poem, which is hanging in our office twenty-some-odd years later. I don’t have to because I memorized it, along with the one he wrote for our wedding in Brooklyn Heights with views of the downtown skyline:

And how we found each other in spite of the fact that I grew up in a suburb of New York and Andy, grew up in Virginia:

Who would’ve thought a Larchmont lass,
In racquet sports who ranks world class,
Would and a love so sweet and fine,
Below the Mason-Dixon Line.

Then there’s the one he wrote for Phoebe’s second birthday (pictured on her bedroom wall below) only a few weeks after a skunk snuck into our house:

See her dance the hokey-pokey!
Hear her sing the karaoke!
What badge of honor does she wear?
“Survivor of the Great Skunk Scare.”

And, for Abby, in response to an exhausting first year with her:

In truth if we were keeping score,
She’d eat and sleep a little more,
And in the process liberate
Her parents from their Zombie state.

There’s a lot to love about these poems. How funny they are. How he presents the most mundane details of our daily lives in such a formal, romantic style. And there’s the writing. Steve was a speechwriter in Washington, D.C., for a good part of his career, and not incidentally was the man who crafted Lloyd Bentsen’s famous “Senator, you’re no Jack Kennedy” retort to Dan Quayle in the 1988 vice presidential debate. (How could he write a live retort, you ask? They knew that the youthful Dan Quayle was going to compare himself to the youthful Kennedy.) But when Steve wasn’t writing political comebacks for speeches, he was weaving family jokes into poems to commemorate major milestones. 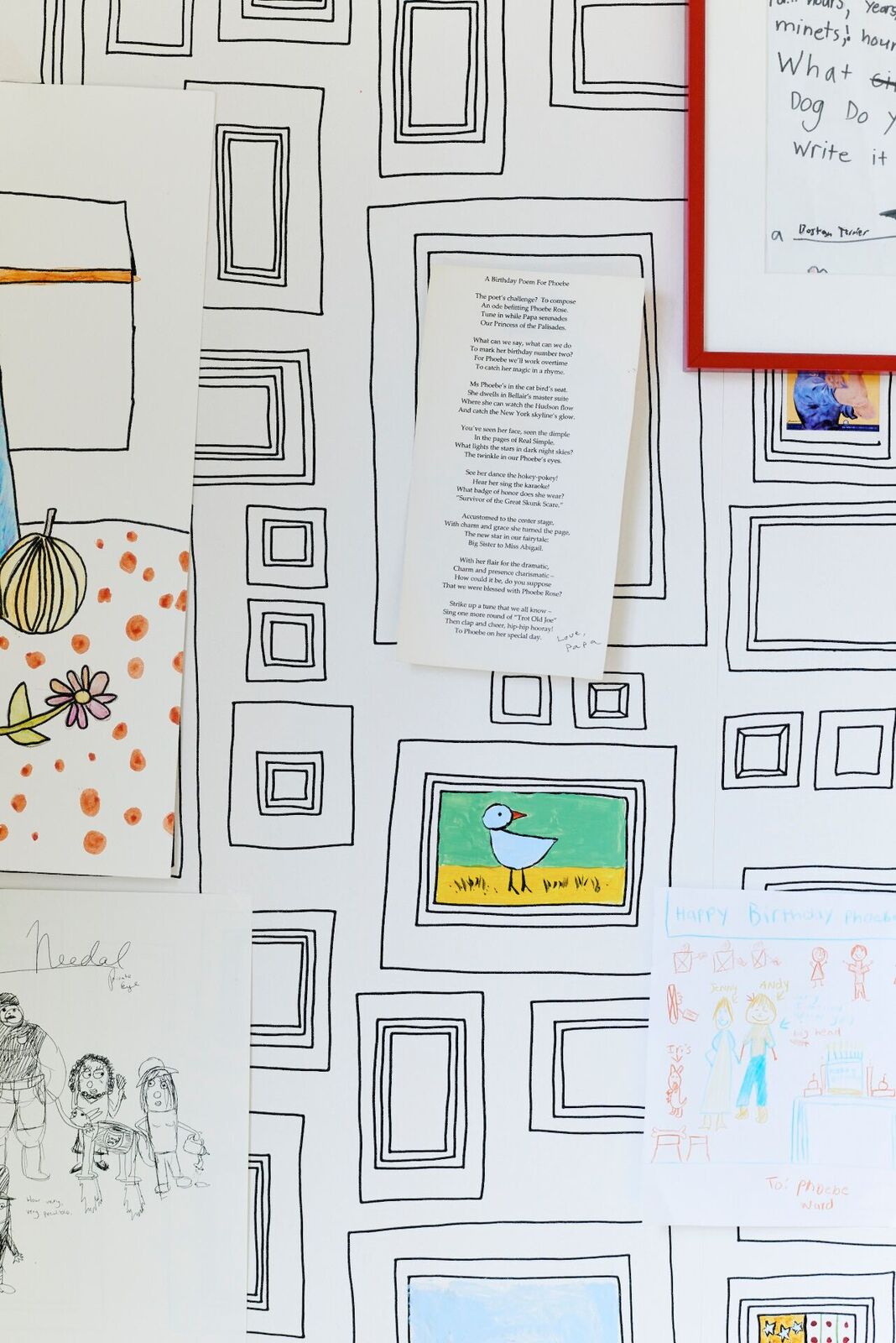 I can’t tell you how much pleasure the family has gleaned from these poems, which Andy’s mom, Emily, compiled in a binder a few years ago for their fiftieth anniversary party, and which serves as a kind of memoir in verse. When you are the recipient of one (as I was for my fortieth birthday), you feel as though you’ve been anointed.

From Steve, and from his poems, I learned an important lesson in celebrating: You can bake the best double fudge frosted birthday cake; you can pick up a let mignon from the best butcher and serve it on your gilded Christmas table; but without a few thoughtful words to commemorate the occasion, to give the celebrants a moment of reflection, it’s going to fall short.

Perhaps the most emotional toast I can remember wasn’t even spoken aloud. It happened at my father’s Passover table years ago, way before there were any grandchildren around to instigate spontaneous riots and wince at the parsley dipped in saltwater. I can’t remember exactly why, but it had been a while since the Seder had been held at my father’s dining room table, in his home, and he started by saying how grateful he was that we were all there. Then he went on to tell us how meaningful Passover was for him because he could so vividly picture his own father leading the Seder at his childhood table in the Bronx so many decades earlier. My father didn’t make it very far into this toast before he became too overwhelmed by the memory to speak—it remains one of the few times I’ve seen him cry. But he didn’t have to say anything else; he didn’t have to finish. We all got it.

From How to Celebrate Everything; Both photos by Chelsea Cavanaugh for DALS. You can find our classic Christmas cookie recipe here.

Your father-in-law sounds like a treasure. How lucky your family is to have him! All of the sweet lines you quoted made me teary and nostalgic– I can’t tell if it’s because I’m 12-weeks pregnant & hormonal or because they’re so dang sweet. Happy holidays, Rosenstrachs & Wards!

The poems and your story about them are so lovely! At the risk of being a total pedant, your FIL’s poems are in iambic tetrameter (four feet as opposed to five). Either way, they are wonderful and I would most certainly be in tears anytime one was presented. Happy holidays!

that is really funny — thanks for pointing it out. Learn something new every day.

This is such a wonderful tribute to your FIL – I’m old enough to remember Lloyd Bentsen’s response and LOVED it. Thank him please!

Me TOO! And truer words were never spoken about Dan Quayle!

What a lovely reminder – thank you so much for sharing! For many reasons, this holiday season hasn’t felt the most festive to me and I can’t seem to find motivation to do the things that help me feel festive! And since I’m not religious, the traditional ‘markers’ are not there for me any more. Thank you for the reminder – and the permission – to celebrate in my own way!

I love this wonderful post and these reflections on language bringing your family together! My parents are immigrants, so their English is pretty basic, and while my Russian is good, I can never express myself as eloquently as I would like, and of course my spouse does not speak it, so we continue to exhibit our love during the holidays inelegantly through food and bad translations..

I love everything about this post. Thank you for telling us this wonderful family story!

They remind me of the clever poems in “Cats” by TS Eliot! Wonderful.

Your writing is always lovely and draws me into your world. I savored every word today, like a hungry child with her favorite meal. One of your very best, delicious! I pray your holidays are filled with peace and joyous celebration of the love you speak of so beautifully.

Hi,
I loved this post! Thank you for sharing such a touching story about your family.

On an entirely different topic… I love your daughter’s walls! Is that wallpaper? I love the idea that they could decorate with their own art in the frames.
Happy Holidays!
Tracy