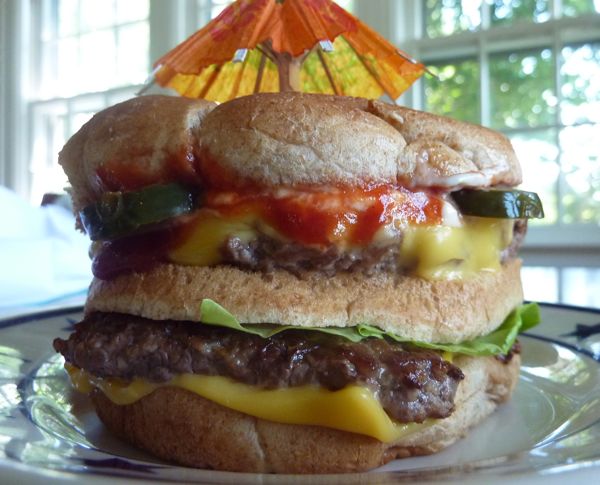 Phoebe was about four years old the first time she walked into a McDonald’s. It was somewhere in Virginia, an I-95 pitstop on our annual 800-mile drive down to South Carolina from New York. I remember her wide-eyeballing the playground outside, the Wizard of Oz doll display inside. Before she had taken a single bite of food, she turned to me and said, “Mom, this is the best restaurant I’ve ever been to.”

It was terrifying how they got her. So efficiently! So insidiously!

We bought her a Happy Meal so she could get her Dorothy doll, then we took her and her sister to the bathroom to change them into their pajamas. The goal was for them to be stuffed and comfortable so they would fall asleep for the remaining 300 miles. It worked.

I read Fast Food Nation and all the rest of them, but somehow still lodged in my brain is a McDonalds chip that equates the golden arches with happy childhood memories — heading to the drive-thru with my Dad to pick up a big order when my parents were going out and the sitter couldn’t cook, going after school with my best friend Jeni to scarf down a deep-fried apple pie before lacrosse practice.

As I said. Terrifying.

It’s hard to justify eating there more than our once-a-year roadtrip pitstop, but the McDonald’s happiness chip (and the better burger trend) had me experimenting with a Big Mac makeover recently. This is what I did:

What is the opposite of “supersize?” Whatever it is, I recommend doing that, too. Served with a salad and baked french fries (coming soon), one of these mega-burgers is good enough for four people.

Related: McDonald’s vs. Chipotle: Does the Big Mac Win?

Love this – that burger looks delish!!
And I totally agree about the McD’s happiness chip. I remember that so well from childhood. We didn’t get to go there often but when we did….total bliss!! Like you, we pretty much avoid McD’s like the plague but if we have to stop there on a road trip so be it.