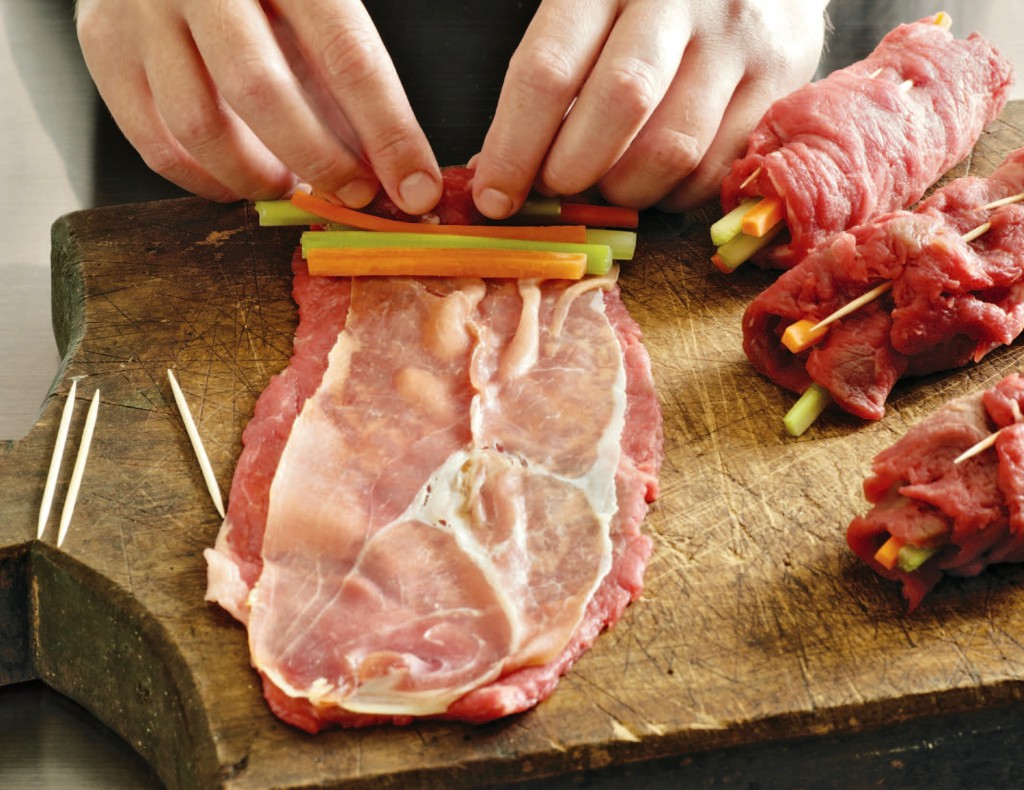 A few weeks ago, under the category of “Nice Work if You Can Get it,” I was tasked with tracking down the best cookbooks of the spring for the Times. Those of you who made your way through that round-up (bless you, it was a lot), might remember one of the stand-outs: Tasting Rome, by Katie Parla and Kristina Gill, two American transplants in Italy’s capital city, who did a pretty amazing job at downloading recipes and stories from both Rome’s more innovative restaurants and its generations-old institutions. It’s a stunning book and I asked Katie to write about a recipe she thought might translate across the Atlantic, even though, really, almost everything qualifies. Involtini di manzo (beef rolls) is what she landed on — as much for its efficiency as for its deliciousness. Take it away Katie! {PS: For those of you who are lucky enough to be heading to Rome any time soon, here are two posts on her blog that you might find helpful: Where to Eat and What to eat.}

There’s a two-block stretch of potholed pavement in the heart of Monteverde Vecchio, the residential district above Rome’s Trastevere district. Monday through Saturday from 8:30am-ish until around 1pm, the stalls that trim the irregular asphalt sell vegetables, fruits, meat, bread, and even tank tops. I visit whenever I can—market hours don’t always jive with my work schedule—to collect a pleasing haul of local produce and a few cooking tips from my fellow Monteverde-dwellers, mostly women with a good half-century of home cooking experience behind them.

A hearty proportion of these tips are pointers for cooking efficiently; my neighbors may enjoy preparing two meals a day for their families, but these ladies aren’t chained to the stove and each has become an expert at maximizing flavor while minimizing time in their small Roman kitchens. It’s no wonder the market’s pruned vegetables, shelled peas, and trimmed artichokes are more popular than their intact counterparts.

Efficient Roman cooking may not sound romantic, but it’s absolutely a feature of the local food culture and dishes like the one pot/two dish involtini di manzo (beef rolls) strike a beautiful balance between convenience and tradition. Simmer the beef rolls in tomato, then use the sauce to dress pasta (I like rigatoni), serving the involtini as the main course. I give the same treatment to coda alla vaccinara (braised oxtails), tossing the cooking sauce with potato gnocchi, while the sauce in which I cook polpette (meatballs) goes great with spaghetti. In all cases, I serve the dishes in the order prescribed by Roman tradition–first pasta, then meat—but feel free to adapt to your family’s dining preferences. 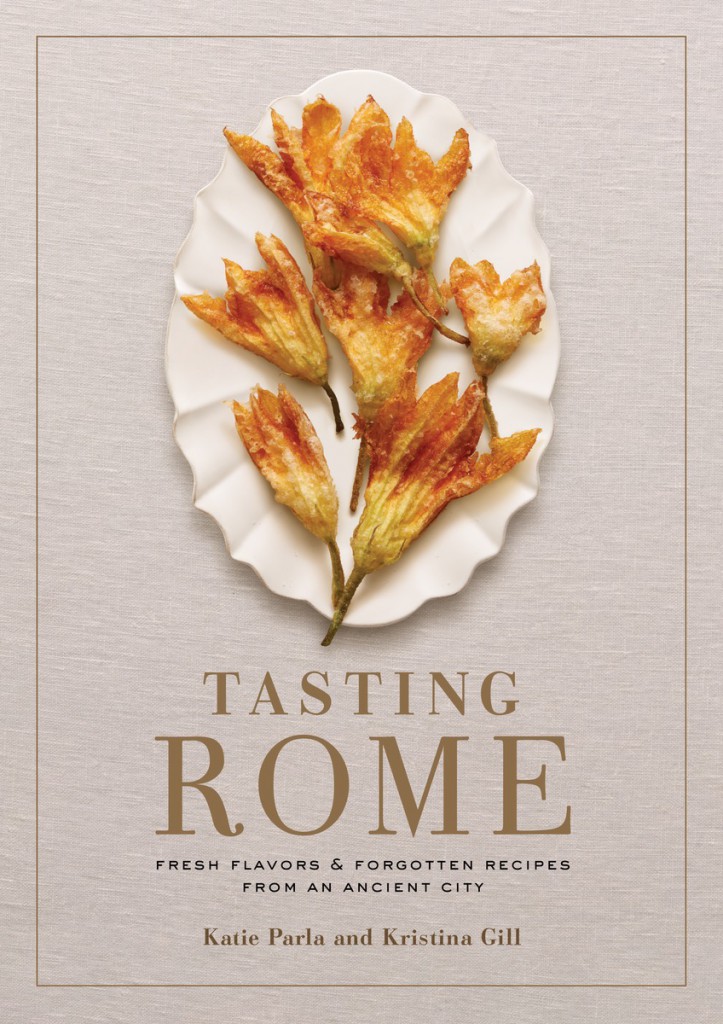 Lay the slices of beef flat on your work surface and season with salt on both sides. Place 1 piece of prosciutto over each slice of meat, followed by 3 or 4 sticks each of carrot and celery at one short end of the meat. Roll the meat around the vegetables, forming a medium-tight involtino. Use kitchen twine or a couple of toothpicks inserted flush with the meat to keep the roll closed.

Heat the olive oil in a small skillet over medium heat. When the oil begins to shimmer, add the involtini and brown them on all sides, about 5 minutes total. Remove the rolls from the pan and set aside.

Add the garlic to the same pan and cook, stirring occasionally, until it just turns golden, about 5 minutes. Stir in the tomatoes. Add the wine and cook until the alcohol aroma dissipates, about a minute. When the sauce begins to simmer, return the involtini to the pan. The meat should be mostly covered by the tomato sauce. Cook, covered, until the meat is fork-tender, about 1½ hours, checking occasionally to be sure the meat is at least two-thirds submerged and adding water if necessary. Season with salt and pepper. Serve immediately or allow the dish to rest in the refrigerator for up to three days to allow the flavors to develop.

I’m headed to Rome next Friday – this came at such a great time!

Found my weekend cook up! Perfect for a Saturday night in with a glass of red 🙂 Thanks so much for sharing! x

Just arrived in Rome! Thank you so much!

We literally spent our last day in Rome the day this post was published! We enjoyed our best meal in the city that day for lunch. I will need to find this book. We loved the seafood that we don’t see so often at home – anchovies and octopus that isn’t fried. I bought a small local cookbook in a town in Tuscany but I suspect this new book might be more fun to use. Thanks!

Cook once eat twice is a term I’ll never forget. thank you so much for sharing!