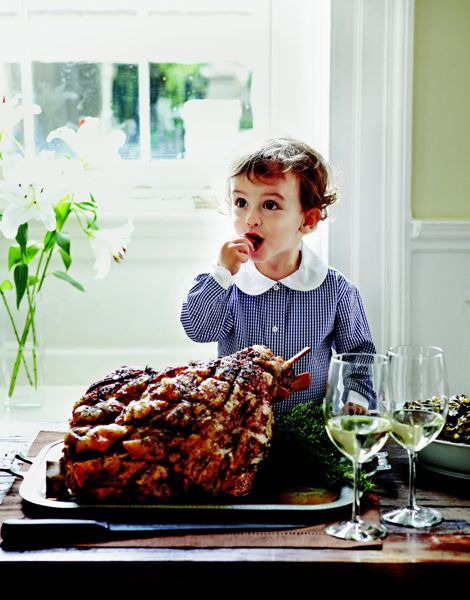 There are a few boxes that have to be checked upon my family’s arrival at Andy’s parents’ beach house outside Charleston, South Carolina, and only when those boxes are checked do I feel like vacation has officially begun: I have to dig out my faded, 20-year-old floppy sunhat from the closet; I have to make sure there is vodka in the freezer, and I have to page through The Lee Bros Southern Cookbook to see what south-of-the-Mason-Dixon-Line specialty might grace our table that week. (Hoppin John? Sweet Potato Buttermilk Pie? Butter Bean Pate? ) You’ve likely heard of the book which  won every award there is to win in this business. It seemed like it would be the only cookbook we’d ever need in our South Carolina kitchen — until now. This month Matt Lee and Ted Lee have published The Lee Bros Charleston Kitchen. In it, the brothers drill down deep on personal and culinary histories the city that is garnering some major ink for its rock star food scene, and the city where Matt and Ted grew up. The book also, of course, contains 100 extremely special recipes. Here, Ted, one half of the team (the half that I happened to go to college with) was nice enough to share one of those recipes with the DALS community: A fresh ham for Easter. –Jenny

There’s so much talk of pork in the South these days, particularly concerning parts long considered “low-on-the-hog” that are now fashionable in restaurants: bellies, ears, trotters. These can be delicious, certainly, but here’s the challenge: you’ve got 14 people coming over for a festive Easter party. There’ll be kids, grandparents, your squeamish sister-in-law. Are you going to rock some pig’s feet? Serve hunks of quivery pork belly? Pig-ear sliders?

Let restaurants mess with the odd bits. For home cooks like us, few cuts of pork yield more deliciousness, more bang for the buck—and frankly more majesty!—than the gargantuan roast fresh ham, with its burnished cape of crisp fat and pork with the variety of doneness you need for a big party—well-done white meat, pink slices for the medium-rare crowd, and darker bits from the shank for those who like to snack.

In Charleston, where we grew up, pork of any kind was relatively scarce on dinner tables until late in the 20th century. A cured country ham might be brought back from the mountains of North Carolina (where pork was more common) on a rare occasion, but according to many Charlestonians we’ve interviewed over the years, the love for pork chops is a post-Vietnam-era thing.

The “fresh” in fresh ham simply means it’s uncured, and we’re fortunate to be able to find fresh hams in meat markets of quality (If you shop at a supermarket, you’ll be able to get fresh hams, but usually only by special order). They’ve been crucial to our eating lives in lean years (in the banker’s not the butcher’s sense of the word), and they’re so easy to make. You just cut off the skin, preserving the layer of fat, which you then score and which will render and baste the meat as the ham roasts (Your butcher can skin and score the ham for you to save time). Then you pat the ham all over with a simple seasoning blend—use your favorite; ours is a mix of thyme, rosemary, salt and black pepper. Then you roast, basting every hour, for about 3 1/2 hours (depending on the size of the ham). You’ll need to calculate resting time into your serving plans, but take care to watch over the ham as it rests—it is nigh impossible for anyone in the kitchen to resist picking off bits of crispy fat. 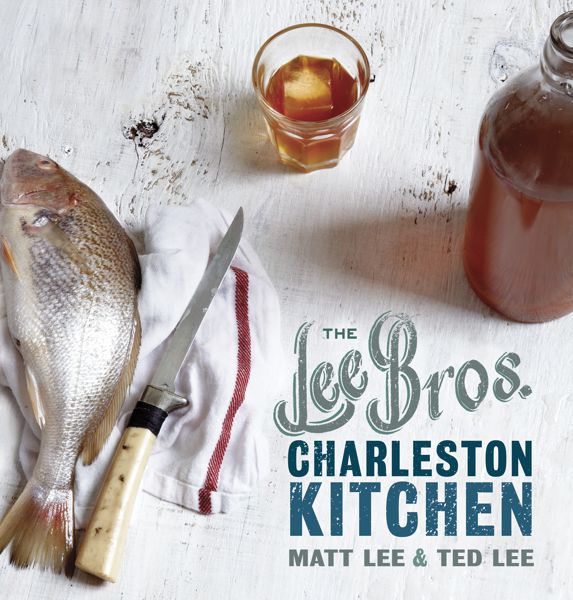 1. Set a rack in the lower third of the oven and preheat the oven to 425°F. Trim any remaining skin and excess fat from the ham, leaving a layer of fat up to ¾ inch thick. Score the ham all over in a diamond pattern of ½-inch-deep cuts about 1½ inches apart.

2. In a small bowl, combine the salt, black pepper, thyme, and rosemary, pinching and blending the mixture with your fingers until the thyme is fragrant. Pat the mixture all over the ham and into the crevices.

3. Put the ham, fat side up, on a rack in a large roasting pan and roast for 30 minutes. Decrease the oven temperature to 350°F, and (taking care to avoid pouring the liquid directly into rendered fat) pour 2 cups of the wine and 1 cup of water into the pan; loosely tent with aluminum foil. Continue to roast, basting every hour, and adding water as necessary, to keep a ¹⁄8-inch depth of juices in the bottom of the pan, until a meat thermometer pressed into the thickest part of the ham reads 145°F, about 3½ hours.

4. Let the ham rest for 15 to 20 minutes before carving. Pour the pan juices and remaining 2 tablespoons wine into a small saucepan and simmer for about 2 minutes. Turn off the heat, add the half-and-half, and serve the gravy with the ham.

Inspired: I bought both their books! Hungry for reading since finishing Dinner a Love Story 🙂 Thanks for the post — hooray!

So glad Emily. Keep me posted on what you try! (In all three books).

i’ve never made a ham before, but this is definitely making me think i should try it and soon! thanks for sharing.

MMMmmmmm this gets me really hungry for ham. I love that ham is back…and also I’m not going to complain about pig ears and pig feet being served on every menu in NYC.

Perfect timing! Our family is heading to Charleston, SC for Spring Break…leaving on Monday…hurray! Will definitely add this cook book to our growing collection.

Did anyone else giggle that Kosher salt goes on the ham? ; )

Can you elaborate on “taking care to avoid pouring the liquid directly into rendered fat” … Thanks!
Stacie

@Stacie: I would think that pouring room-temperature liquid into hot fat would result in, at a minimum, lots of boiling hot fat drops flying/spraying up into your face and eyes. I’d get another adult in the kitchen to tilt the pan so that the fat runs to one side, and pour the liquid carefully into the other side.