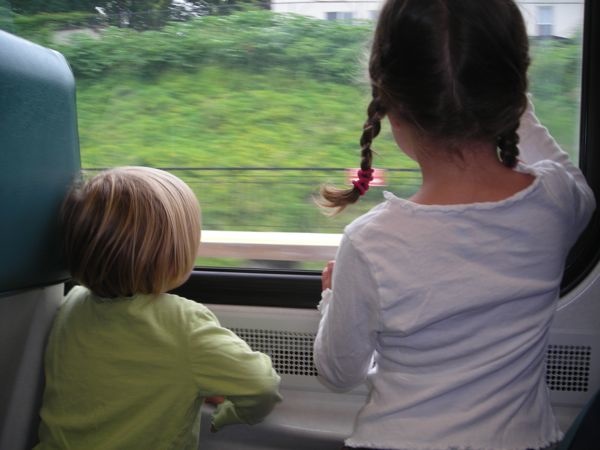 A couple of years ago, we started a birthday tradition in our house (and it only applies to kids). When it’s your birthday, you get to go to any restaurant you want. There’s only one rule — the restaurant you pick has to be specific to a certain country. For instance, on her sixth birthday, Phoebe chose Sweden. It’s not as random as it sounds: Abby’s best friend at the time was from Stockholm, and our kids also happened to be in the midst of a powerful Muppets obsession. (Remember the Swedish Chef?) Then, Abby chose Japan. Then, Phoebe picked… Morocco. Some of these adventures (Sweden, with its creamy meatballs…jammy lingonberries…whipped potatoes) were more successful than others (Japan, with its salmon roe…daikon radishes…fancy SoHo address…$200 price tag…what were we thinking?) but the meal is only half the point. The point is that this is one of those rare, special nights the kids get to orchestrate themselves. It’s a night that involves pulling out old world maps and our book of flags and thinking about where on earth they want to go, what they want to show us. It involves tasting something completely new, even if it’s only something as hard-to-hate as a falafel platter. And it involves dressing up and going out, getting on a train, and riding all 32 minutes to Grand Central Station in a window seat, watching Yonkers roll by. Which, to them, is about as exciting as riding a pink unicorn through an enchanted forest. —Andy

Head over to Bon Appetit, where we were able to convince the chef from Smorgas to hand over his Swedish Meatballs recipe. 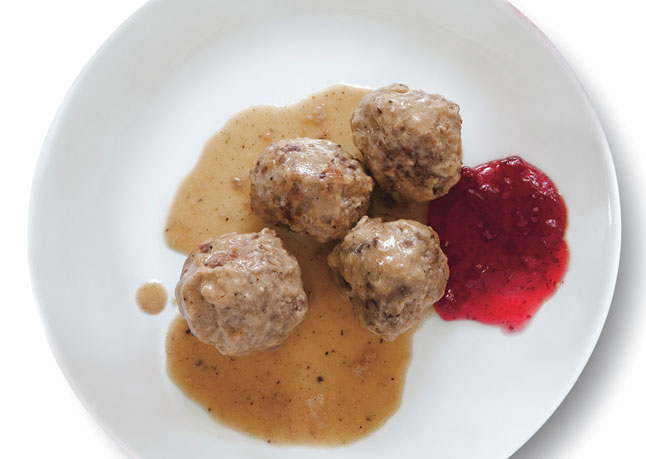 you should take them to korea. my kids love the korean bbq right on the table.

Andy: Do I qualify? If so, I choose France.

Valuable info. Lucky me I found your site by accident, I bookmarked it.

you should take them to korea. my kids love the korean bbq right on the table.

Valuable info. Lucky me I found your site by accident, I bookmarked it.

this is such a cute idea. now i’m craving swedish meatballs.

Hands down, Apple’s app store wins by a mile. It’s a huge selection of all sorts of apps vs a rather sad selection of a handful for Zune. Microsoft has plans, especially in the realm of games, but I’m not sure I’d want to bet on the future if this aspect is important to you. The iPod is a much better choice in that case.

My kids love, love, LOVE Swedish meatballs to the point that I’ve felt compelled to make them a bit healthier and a bit more economical, organic ground beef not coming cheap over here.
This is what I do, giving thannks to my Danish ancestors:
– lose the sugar from the receipe and grate a fat carrot into the meat instead
– substitute stale challah for breadcrumbs (put to soak in broth in the morning and mash well with a fork before using – compensates for the sweetness lost by cutting out sugar, too. I tend to use 1/3 bread to 2/3 of meat)
– add finely chopped gherkins or capers to the meat (and see http://www.europeancuisines.com/Germany-German-K%C3%B6nigsberger-Klopse-Piquant-Meatballs-in-Cream-Sauce-K%C3%B6nigsberg-Style-Recipe)
– replace two of the eggs by a teaspoon of tahina (sesame paste) and a tablespoon of mild mustard or more
– use celery salt instead of table salt
– lose the bacon altogether
– bake meatballs in over instead of frying them

have fun playing around (I just made a BIG batch for freezing and it’s 4 in the morning over here, uh-oh)
a