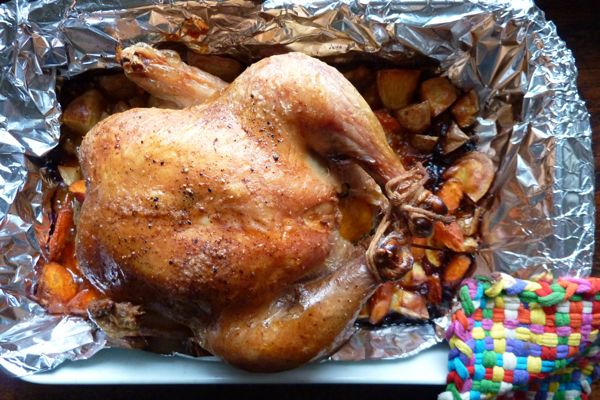 Heat oven to 425°F. Arrange potatoes and carrots in a baking dish and sprinkle with salt and pepper.  Place in oven and roast for 15 minutes.

Meanwhile, rinse inside and outside of chicken under cold water and pat dry.  Brush chicken skin with melted butter and season with salt and pepper.  Fill cavity with lemon and thyme.  Place chicken breast-side up over roasting vegetables and continue roasting until chicken is a golden brown and juice run clear when thigh is pierced with a fork, about 1 hour and 15 minutes. Remove chicken from the oven, carve, and serve with carrots and potatoes (which will have absorbed the chickeny fat) and … 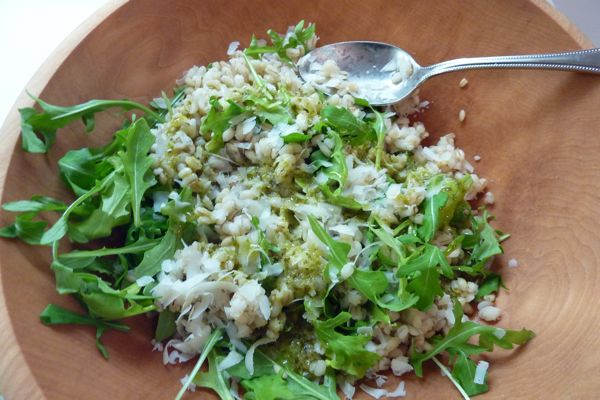