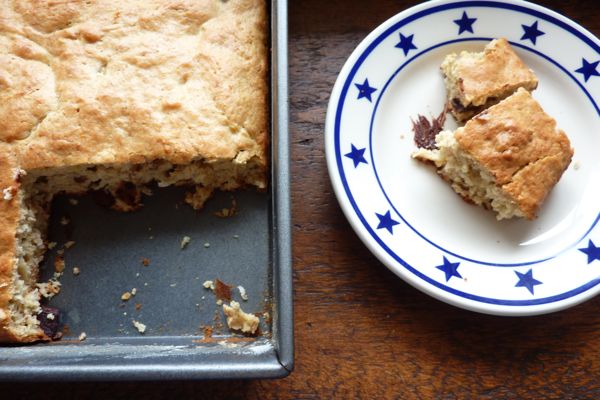 We have a bowl on our counter. It’s a wooden salad bowl that we have turned into a fruit bowl. I’m not a chemist, so I can’t tell you why this is, but this bowl has a strange and unpleasant effect on the produce we (stupidly) put inside it: it accelerates the ripening process. It possesses mysterious transformative properties. It’s like some kind of primitive oxygen deprivation chamber, a Destroyer of Life. Put a plum in there and, two days later, it’s a prune. Put a potato in it and, one week later, it has been colonized by these creepy, blooming nodules. It turns limes yellow, and lemons brown. Put a bunch of green bananas in it, blink three times, and they’ve been turned into the wizened, leathery fingers of a prehistoric animal. We end up throwing most of this stuff away. You’d think, given all this, we’d figure out a solution to the problem – like, I don’t know, use a different bowl? – but we’re people who have had a broken, leaning lamppost in our front yard for eight years, and have never quite mustered the energy to get it fixed. We’re people who bought four huge plastic storage bins to organize our basement a few months ago, and have yet to move them the ten feet from the garage into the basement, let alone fill them. It can take me weeks to change a light bulb – to the point that the act of finally replacing them feels like a victory. Inertia is our default mode – or, at least, it sure can feel that way sometimes.

The bowl, though: God, it bums me out. I resent it for reminding me of my powerlessness. So, last Saturday morning, when I looked over and saw three blackened, old-before-their-time bananas sitting there, on the cusp of total putrefaction, I decided to act. I would save them from the trash.

Jenny was at the table, reading. “You’re weird,” she said.

I went over to the shelf and pulled a few stalwart cookbooks down – Bittman, Gourmet, New York Times, Ina Garten — and starting scanning indexes.

“I have a banana bread recipe,” Jenny said. “It’s in the blue binder, under desserts.” I knew the one she was referring to: it was from her friend Elizabeth, handwritten on a Real Simple notecard, and we’d been eating it for years.

“Why? You love that recipe.”

“Do we have any coconut?” I asked.

“Yeah, Bittman calls for shredded coconut. Do we have any?”

Jenny was all uppity about it, too. She couldn’t believe I was stepping out like this, looking elsewhere for inspiration. Was this a referendum on her banana bread? No, it was not. Did this mean I loved her any less? No, it did not. The truth is, she does the same thing to me all the time. I have a perfectly good stir-fry recipe, one we’d made happily together for ten years, but she had to go and improve it by adding rice wine vinegar and hoisin sauce. Partly, this constant off-roading and experimenting is due to having a food blog and always needing new things to write about; but partly, it’s about, well, you know what it’s about. It’s about showing your spouse that you are still capable of discovering something new, all by yourself. It’s about keeping that (flickering) flame of your old identity — the one that exists outside of the “we” of marriage, the one with free will — alive in some small way. So, with Phoebe’s help, I put our stand-by aside and tried a new banana bread. Was it better? Who’s to say? But was it mine? Yes.

Chocolate Chip Banana Bread
This is great for school lunches and, toasted, for breakfast. I added a handful of chocolate chips, and subbed out some white sugar for brown, but otherwise, this is the Bittman recipe from the original How to Cook Everything.

Pour the batter into your greased pan and bake for 50-60 minutes until a toothpick inserted in the center comes out clean. Cool on a rack for 15 minutes.

I found myself getting like your wife when my husband started baking. He made these chocolate muffins in which the recipe directed him to beat the batter in a mixer for a few minutes. Me: “NOOOO! The gluten in the flour will develop and they’ll be tough and tunneled and horrible!”

They weren’t. They were delicious. And, no, I still haven’t made them myself and tried to figure out why that works. He’s probably exposed some great heretofore blindly-believed culinary myth and doesn’t even know it.

i recently made bittman’s banana bread & i hate to say it….but it was WAY better than my own, old standby that i had been swearing by for years. next time, i am adding chocolate chips.

The Bittman Banana Bread is our standby and it doesn’t even need chocolate chips, it is way more substantial and interesting than most banana breads, the coconut really does something for it. Now I really want some of that, toasted.

Dang that looks tasty. I find that coconut improves everything.

I’m impressed you had coconut in the pantry. Coconut is a page turner for me.

I cannot believe I JUST threw three overripe bananas in the trash! The question is, do I have the chutzpah to pull them out, cuz banana chocolate chip anything rocks my world! Ooh! Better (less nasty) idea: can I borrow your mutation bowl? I’ll be right back with coconut and green bananas…

I love coconut in Banana Bread! Learned that from one of the Greens cookbooks. You should try adding crystallized ginger (and the choc chips) sometime too – banana/ginger/choc is heavenly. In our house, overripe bananas are often mushed up and frozen, then added to smoothies. Because otherwise I make banana bread and am the only one to eat it. All of it.

I have been wanting to make coconut banana bread for, like, TEN YEARS. I think this week is the the week. I’m clearly getting a sign!

i have some coconut powder AND some over-ripe bananas. yum.

btw, have you used coconut powder before? i found it in the indian food aisle at wegman’s and i’ve been additing it to cookies and custard. it’s so, so good and cheaper than shredded coconut.

I have the same problem with my wooden salad bowl/ produce-slayer. What’s up with that? What am I supposed to put my bananas in?

I think they sell that same fruitbowl in Australia. As a result, we go through a lot of banana bread (I’m a slow learner). I add chopped pitted dates to mine along with some crystallised ginger. So good. Silver lining/cloud etc.

trick for those of you who don’t feel like making banana bread when the bananas demand it: mash them up & put them in an airtight container & freeze until *whenever*. then when the mood strikes, defrost on the counter until mixable and off you go!

Oh my goodness – thankyou! I only skimmed the banana bread recipe (sorry). But I feel so much better about my un-changed lightbulbs & plastic storage boxes (actually I have those vacuum storage bags… no idea if they work or not I’m still staring at the box of them in a pile on the counter). I always feel like my husband and I are the most useless ‘inertia’ couple ever. You just made me feel a little bit better 🙂

ps – Nigella’s banana bread recipe in How to Be a Domestic Goddess is glorious btw. Just in case, you know, you were thinking of experimenting further.

Oh, one last thing. As for a fruit bowl. I use the bottom part of the tagine I was given as a present a few years back. It’s not getting much use for moroccan cooking, but it makes a great fruit bowl.

Yea, Bittman nailed it. I don’t even bother with the coconut or the choc (even though I usually have both) and its hands down the family favorite. and the friends favorite. Its just the favorite favorite.

Second to the Nigella recommendation… bourbon-soaked golden raisins… need I say more?? But the boys and I are trying this one this rainy afternoon instead!!

Did u mean to say to cream the butter with the sugars? Maybe I was supposed to know that, but it’s baking shorthand that I didn’t know. Last night I made this and had to start all over when I realized the whole thing wasn’t going to come together unless I tries again and creamed the butter w sugars.

Here’s a version of the same recipe that tells when to add the bananas and the sugar.

Hey! Bittman’s recipe with chocolate chips is also our stand-by. Someone {ok, I did} wrote “this is the One” in the margin by the recipe. My family prefers pecans when we have them but no one complains about the walnuts. We also go 50-50 on the whole wheat/AP flours and have cut the sugar in half.

my first try with the Bittman is in the over right now, and i’ll admit that i’m holding my breath, because i, like cecelia, was wondering part way in whether the recipe really should say cream the butter WITH the sugar(s). butter + eggs + bananas didn’t seem to come together the way i suspected. it would really surprise me if BOTH Bittman and DALS were not specific about that however. we’ll see when the bread is cool in the morning!

(interesting side note, this recipe is very similar to the one i inherited from my mother. all the quantities the same, except oil (not butter), and mom’s includes 1.5 T sour milk, cinnamon, baking soda as well as powder, and no coconut.)