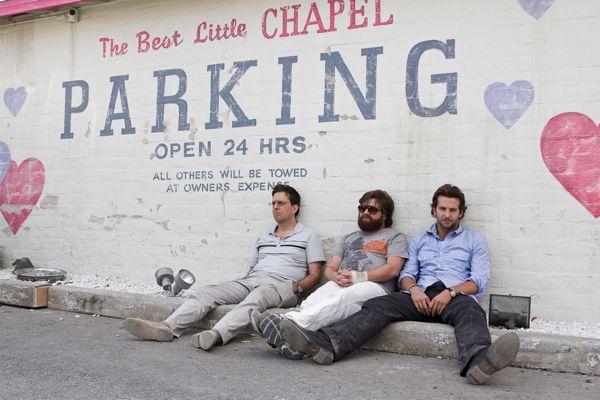 Two weeks ago, I flew down to Fort Myers, Florida to spend a couple of days with five college friends, some of whom I hadn’t seen in a decade, maybe more. It hurts my heart to type this, but it’d been nineteen years since we’d graduated. Nineteen years since we’d borrowed each other’s toothpaste on the way to the bathroom before class, nineteen years since we ate almost every meal together in the dining hall — a big, smelly-footed family — and did the stupid things that, as long as we survived them, would provide us with the stories we would sit around and laugh about nineteen years later, when we were middle-aged men at bro-downs in Florida. In the intervening years, we’d scattered across the country — Utah, Chicago, Baltimore, Vermont, New York, Florida — and had twelve kids between us, more than a few recessed hairlines, and the requisite number of cranky shoulders, bad backs, and surgically repaired stuff. (I had my old roommate Buck, now an accomplished orthopedic surgeon in Salt Lake City, examine my shoulder as soon as we got there. “Torn labrum,” he told me. “I’ll email you some PT exercises.”) We were not what we used to be, but come on, who is?

We met up at a half-empty hotel with mile-long hallways in Cape Coral, where we’d rented two sprawling, chandeliered suites with water views. We’d spend a couple of days going to spring training games, and maybe even drinking a beer or two before the sun went down. It’d be like The Hangover! We were free! No school lunches to be made. No one shaking you awake at 6:45 to ask if you’d like a tour of her dollhouse. No shuttle service to soccer practice in the freezing, indoor bubble. No one to ask — true story — if “tickling is allowed in boxing.” Our nights would undoubtedly be spent eating 48 dollar ribeyes, drinking martinis, and playing card games into the wee hours. (Only problem there: I don’t know how to play any card games and I go to bed at 11.) We would, in short, turn back the clock. We would party like it was 1999.

On Saturday, after an afternoon game (Sox-Twins), we huddled up to discuss the plan for dinner. The choices, it dawned on us, were grim. I wasn’t strong enough for the hotel bar, which had a sad, swinger-y vibe that depressed the living sh*t out of me. Locally, there was a Chik-Fil-A and a Hardee’s and not much else that we could see — well, beyond a massage parlor, which probably didn’t serve dinner.

“Our room has a kitchen,” Billy said.

“Why don’t we get some groceries on the way back from the game,” said Dave.

I wish I could say I was bummed or horrified or annoyed at the prospect of staying home, in my shorts and socks, and cooking for six grown dudes. But at this point in my life, why even pretend? The truth is, I loved the idea. It was a relief. So we stopped at the Publix supermarket and loaded up on ingredients for chili — turkey chili, no less — and, lock up the womenfolk… a spinach salad. Oh, it got crazy! We went off! We put on some music and hung out in the kitchen, just like at home, Brian helping with the meat-browning duties, me showing Dave how to chop an onion, Buck loitering in the living room to check the scores on SportsCenter, Dave — who was keeping me company by the stove — peeking over my shoulder to see how much chili powder went into the pot (eight tablespoons; I doubled our usual recipe), Brian making a fresh round of gin and tonics, Billy saying, Huh, he’d never seen anyone put sausage in chili before, but I told him to trust me on this, and he did. All the familiar rhythms reasserted themselves. I was at home. It’d been nineteen years, but these guys were like family. And what do you do for family? You cook for them. And then you sit down and eat. — Andy

I love this blog- wait for the daily entries, and never comment- but damn. This may be my favorite post ever.

cooking and sharing a meal with someone is the best way to really spend time with them. sounds like a great weekend.

Love your blog. I follow it and give your books as gifts. But I have never needed to comment . . . and today I do. I am female and older than you, but by the time I finished reading your words today I was tearing up. Well, actually crying just a little. In a sweet, short, punchy essay, you painted a rich and moving picture. You totally nailed it! Thanks for this pleasure today.

dang. i just got a little tear as well…..so good, because i feel the same way when we go to catalina on my friend’s boat and i cook on a miniature stove for 15 people for four days. feels so good. so together.

While I might be a female, I’m still going to send this post to a few of my girlfriends, I’m sure we’ll have a similar gathering soon!

Great story. Old age isn’t all that bad. I mean, there’s nothing wrong with staying “in” or even going to bed early! Glad you had a good time.

Great Story and even better sentiments. I embrace my 40’s like a down comforter on a cold New England night and agree with others that cooking and sharing a meal is a wonderful way to bond. Glad you had a great time (and kept all your teeth and did not wake up with a Tiger in your bathroom)

Jesus Christ Andy – you are just such a fabulous writer. I can see you clear as day cooking up this feast for your man-family and it just brings tears to my eyes. Who would have thought 19 years ago if we had just sub’ed out the keg for an oven and some fixin’s for turkey chili (and spinach salad, no less!), I would have an eye into your future. Fantastic!

I love this so much. Made me feel nostalgic for those 5 guys I went to college with 19 years ago (which is impossible since I am not a guy, and have a few more years to go before being 19 years out of college). Thanks for this.

Love this! Everything about it, but especially the question about whether tickling is allowed in boxing. I can’t stop laughing. I am always amazed by your writing.

I love everything about this post! Spring training games in FL are a must-do for lovers of all things wholesome and good.

I agree! Long-time follower of the blog and have never commented until today. What a great post, so funny, vivid, and well-written. Thank you!

i got your book this winter & love-love it! i’ve also been following your blog for awhile, and haven’t commented- but this post inspired me. i’ve been thinking about my 20(!!!) year college reunion. Your’s sounds dreamy- both the fantasy and the reality, although the fantasy one is best left for movies since those hangovers can be a killer…

This is beautiful. The spinach salad totally killed me, though.

If your readers only knew what I knew… there’d be no tears! haha. Glad to hear you guys had a good trip, and that you’re teaching the Wuanch (sp?) to cook.

Love this! I completely agree with the others, excellent writing. Thank you!!!!

Damn. Good. Writing. I thoroughly enjoyed the journey and getting a glimpse of your “Bro-down”. (Slightly envious too . . . . oh, to write like this.). Thank you.
I’ll be back for a few re-reads on this one. It evokes the same feelings of satiety, delight and complete satisfaction I get after making & eating a DALS meal.

I recently co-taught a parenting class on nutrition and movement, where I plugged “Dinner A Love Story”- both the book and your blog. While I certainly extolled the virtues of the family friendly recipes, I kept mentioning the great writing. (The writing!) A few blank stares met my enthusiasm, (umm . . it’s a cookbook? right?) yet I know those who came this way now know what I was saying.
Cheers.

Somehow this made me tear up… I am glad dudes are better than we give them credit for.

I love this blog and book. I tend to have it near my bed instead of in the kitchen as it is such an uplifting read.

I think it is important for families to eat together. Friend-families as well. The kitchen table is where memories are made!

Lol. That is all.

The story was nice but the best part of this update was the salad recipe. The only thing you have to chop is the scallions. I never knew a salad could be this easy and taste as good as it does. Thanks Andy.

i apologize for describing your “Bro-Down” story as touching and lovely, but i can’t help it.

It’s almost 5 years later-have you been together with these friends since? I have reread this post many times-it just speaks to the heart of friendship and the importance of sharing a meal together. Amazing writing!