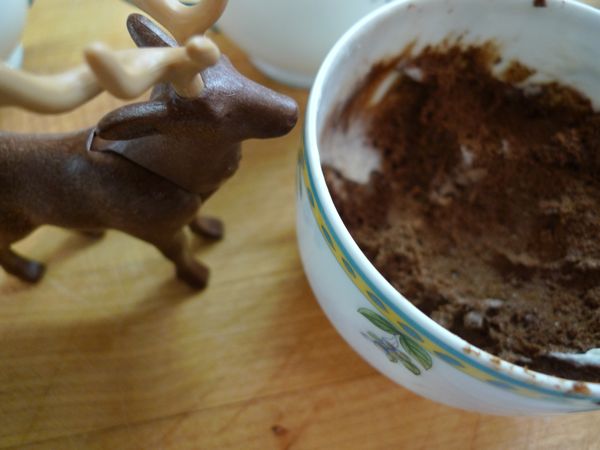 I never go to Paris — haven’t been there since way back in the 20th century, when Andy and I stayed in a friend’s 300-year-old apartment in the Sixth. (Even just writing that sentence I worry about how unsophisticated I sound: Did I phrase it wrong? Is that how people say it? “The Sixth?” Am I going to lose whatever credibility I have left in the food world — or at least with Orangette — by admitting this?) But the good news is that somehow I always know someone who is going to Paris. Just in the last year: my friend Yolanda, who maintains it’s the world’s best city for kids; my friend Juli, who took her daughter there to celebrate her 12th birthday; and my friend Laurie who let Phoebe and Abby babysit her chihuahua-terrier mix Violet, while she spent the week eating saucisson in the Third. Why is this good news for me? Because all of them were nice enough to honor my request and make a pitstop at le supermarche to pick up a bar of this unassuming looking bar of Nestle chocolate. It’s 52% cacao, un-Google-able Stateside, and has a recipe for the world’s best chocolate mousse — or “moose” as Phoebe spells it — right on the wrapper. And so, as much as I’d like to be strolling through Luxembourg Gardens this Valentine’s Day, hand-in-hand with mon amour, this dessert will just have to do. 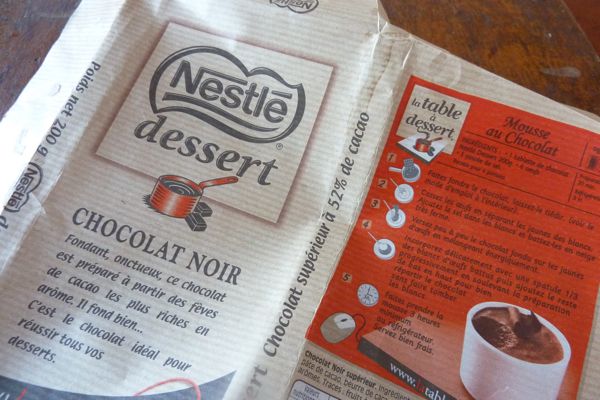 Chocolate Mousse
Obviously, you don’t have to get your chocolate in a Parisian market to make good mousse. Use any high-quality chocolate for this recipe — Scharffenberger is always a good  choice — or look for semi-sweet or bittersweet bars labeled 60-70% cocoa. I chill the mousse in tea cups cause the girls think it’s fun, but you can also chill in a large serving bowl. 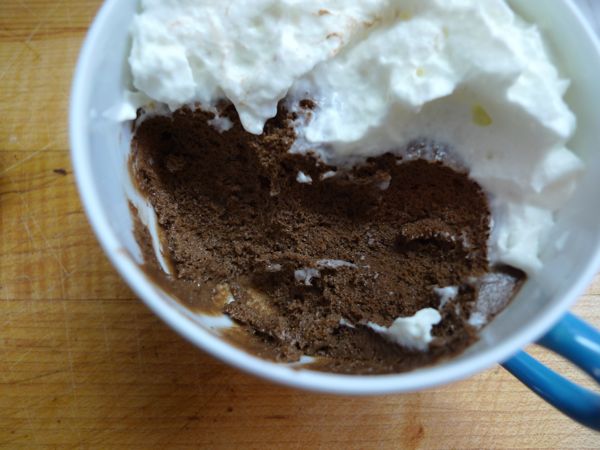