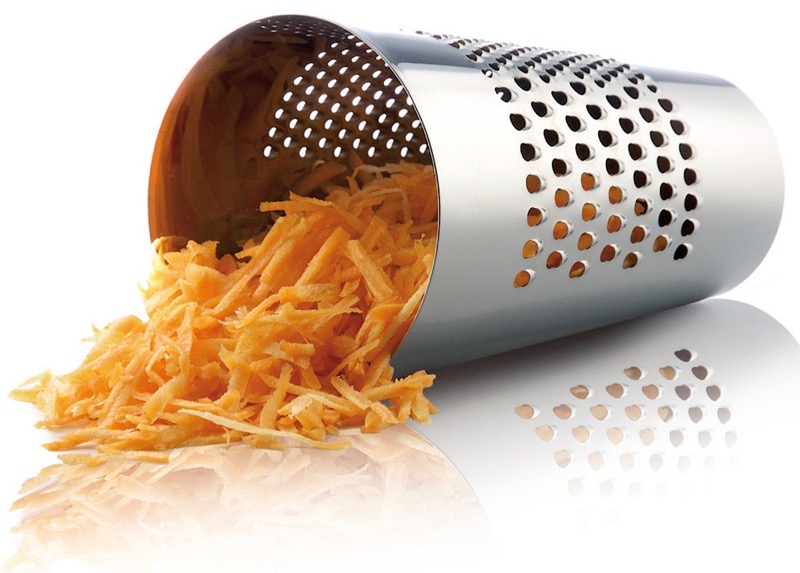 Currently coveting: The Eva Solo Grating Bucket. (If only not so $$$$!)

Teacher of the year. (I’ve probably watched this fifty times.)

The smart folks at Bon Appetit have launched a new website called Healthyish, devoted to people who want to eat well without deprivation. (Aka, uh, everybody?) Check it out or follow them on instagram.

This cracked me up.

Why did time seem to go slower when we were children? How is it that we’re more productive when we have too much to do whereas when we have all the time in the world we seem to get nothing done? And, as the old saw goes, Why do the days go slow but the years go fast? These and other pressing questions about Time all addressed in Why Time Flies, by National Book Award finalist Alan Burdick. (Listen to his NPR interview for a teaser.)

Podcast of the Week: Crimetown. It’s like Goodfellas, but real. I AM OBSESSED!

Netflix Mini Series of the Week: Nobel. a thriller that follows a Norwegian special ops team during the war in Iraq. WOWOWOWOWOW. (Shout-out to my Dad for the rec.)

Oldie but goodie Antipasto Salad from Smitten Kitchen is on next week’s dinner line-up.

So is this Greek-style Chicken with Potatoes from Marley Spoon. (Is it dinnertime yet?)

My friend Matt, a physician who specializes in autism, is joining forces with some colleagues to start a camp in Maine for kids with autism and social communication challenges. It’s called Camp Alsing and looks beautiful. Please spread the word to parents who might be interested.

Locals: Hang out with mega-bestselling author Sophie Kinsella on Tuesday, February 7 when she launches her new book at the Barnes & Noble concept store in Eastchester.

This mom is writing 100 postcards in 100 days. (And they do not say “Wish You Were Here.”)  PS: To follow her lead, you can download postcards from the Women’s March site.

Party Trick of the Week: In December, we had our friends Jodi and Fred over for dinner and I told them to bring dessert. She brought all the ingredients for these, baked them while we were eating, then blew all of our minds. (Funny side note: I edited the recipe when I was at Real Simple at least a hundred years ago, but had never made it. That’s gonna change!)

If you want your kids to understand what America — and the idea of America — means to people around the world, let me remind you about this book. (Ages 9+)

Can’t get this tweet out of my small brain. 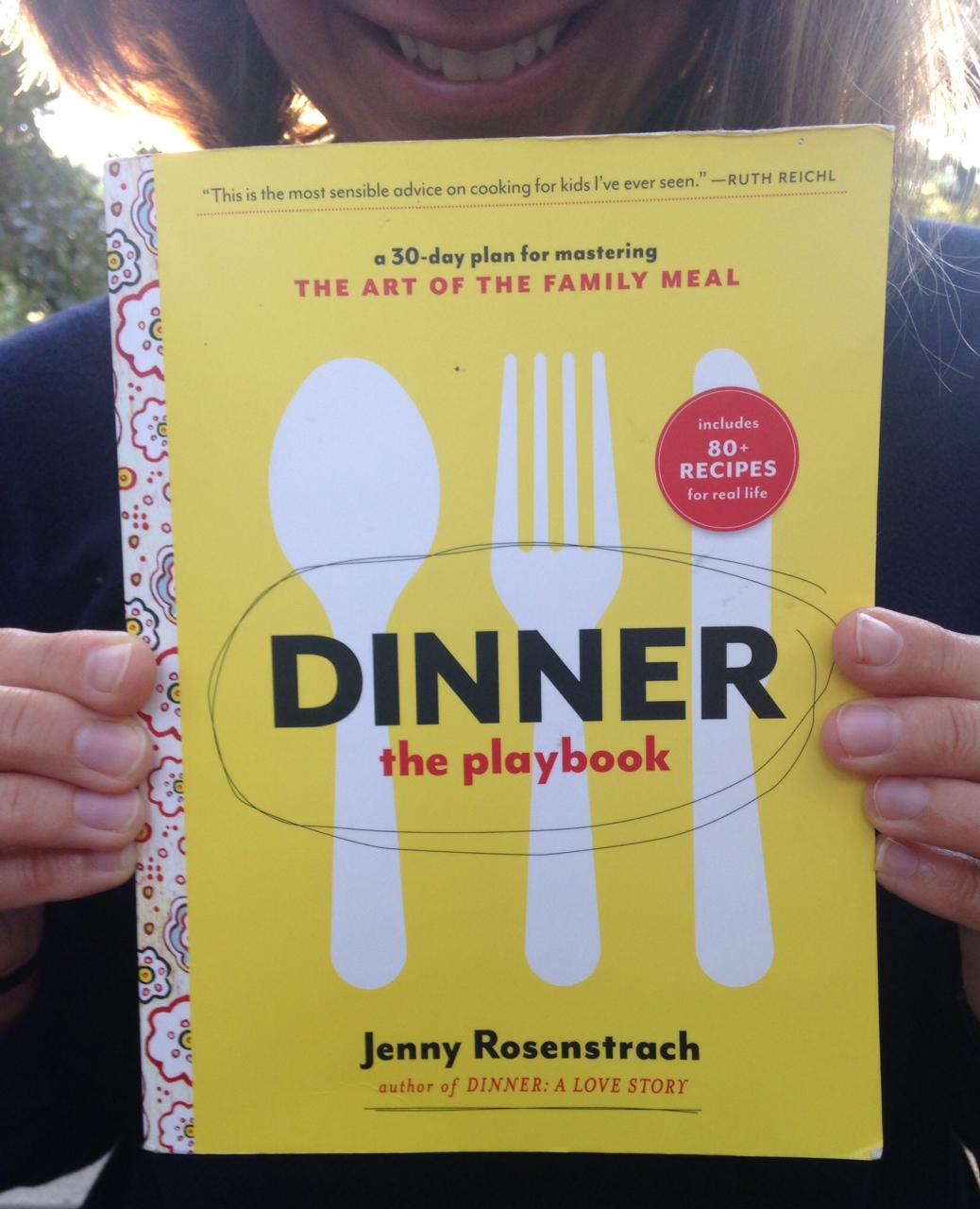 The kindle version of Dinner: The Playbook, my book that chronicles cooking thirty brand new dinners for thirty straight days when my kids were 4 and 5, is on sale right now for $1.99. THAT’S TWO BUCKS FOR ANYONE COUNTING.

Have a great weekend. xx

Thank you for the camp recommendation!

Thanks for the link to the inspiring 100 postcards! Also for everything else on your web site. Yesterday I made many batches of your Chicken Parm Meatballs (http://www.dinneralovestory.com/chicken-parm-meatballs/) for a teacher appreciation lunch and then for dinner with family friends – they were a hit!

That SK chopped salad is one of my favorites. I might have to add that to next week’s plan. There was also a piece in the New Yorker in December Burdick wrote that made me look up that book: http://www.newyorker.com/magazine/2016/12/19/the-secret-life-of-time

In light of the Greek chicken and potatoes linked here, I just wanted to let you know that we love your regular Greek potatoes recipe so much we’ve turned it into Greek chicken and potatoes like this: in the morning, make about a recipe and a half of the ‘sauce’ but leave out the water. Pour some of it as a marinade over a chicken breast pulled out of the freezer, adding the reamed out lemon halves; transfer to the fridge.

In the evening, prepare the potatoes per usual (adding hot water to the marinade), and pop them in the oven. Cook the chicken however you prefer: chopped into chunks and sauteed or roasted alongside the potatoes (but it will only take a fraction of the time) are our favorites. Be sure to dump all the marinade and even the lemon rinds into the pan to cook – though if roasting, pull theme out before they burn. Add a salad or veggie, or scoop up with warm pita. Simple and fabulous – thanks so much for the inspiration.

Again, thank you! In particular the link to the postcards on Instagram has made my day.

wow, thank you for all of these links, lot if interesting reads, for instance, thought I’d been aware of all of Netflix’s series, whether interested or not, but never heard of Nobel, or seen some of the other recipes, great info!

Ooooh Nobel is so good. Have you seen Borgen?

I just received my copy of Dinner the Playbook and spent the weekend reading it and meal planning for the week. I used your bbq chicken recipe and skillet pizza recipe to make bbq chx one day and bbq chix pizza the next 🙂 all awesome!

Thanks for another good round up. I used to skip these! (I would get lost in each link and spend way too much time.) But now I look forward to them. I haven’t checked out the children’s perception of time link yet, but wanted to comment as it’s something I have thought about a lot. It seems at least in part a matter of math. When you are 5, a year is one-fifth of your entire life! That fraction gets ever smaller, every day, so it really does become less and less significant in the overall picture of your life… making it feel faster.

Thanks for the rec on ‘Noble’! What a great miniseries. Loved the characters!!! Keep ’em coming!

Hi. The chocolate cakes sound amazing. Did you friend mix the batter in advance and then keep it refrigerated? If so, about how long does it hold? Thank you!

Hi. Not sure if this went through the first time…. The chocolate cakes sound amazing. Did you friend mix the batter in advance and then keep it refrigerated? If so, about how long does it hold? Thank you!