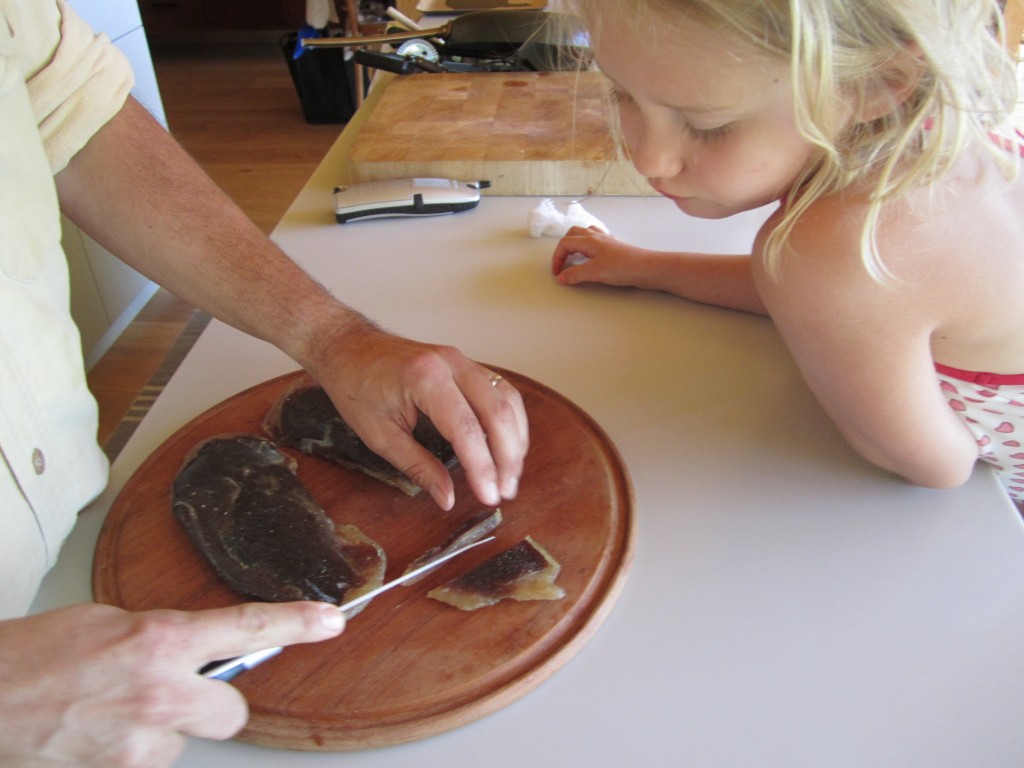 Guest Post by Matthew Hranek, photographer; creator, The William Brown Project
This summer, my wife and I didn’t enroll my daughter 7-year-old daughter Clara in any kind of traditional camp. We were traveling a lot and there were only a few weeks where we’d have to fill large blocks of time. Plus, Clara’s usually pretty good about entertaining herself — until one afternoon last month. She was getting a little restless and I had a lot to get done in the kitchen, so I decided to involve her in the process…and call it Meat Camp.  I have been raising pigs for our own consumption at our place in the Catskills for six years now, and it’s been important for me to teach Clara about all aspects of meat, from how to raise the animals sustainably and consciously, to how we can use close to every bit of the animal if we’re clever about it. 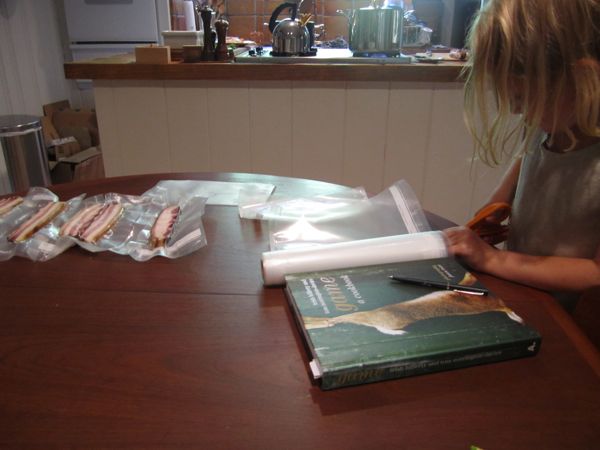 On this particular afternoon, I had a pancetta (from last year’s pig) curing and hanging in our bathroom shower, ready to be packed up, so Meat Camp started with cutting up, cryovac-ing and labeling the pancetta. Next up we had to sort out a duck, a Peking from a farmers’ market in upstate NY. We talked about how many different recipes and uses we could come up with, using as much of the duck as possible. Since we were in the curing mode, the breasts went into a cure for salamis, the legs turned into a confit and the rest went into the pot for stock. 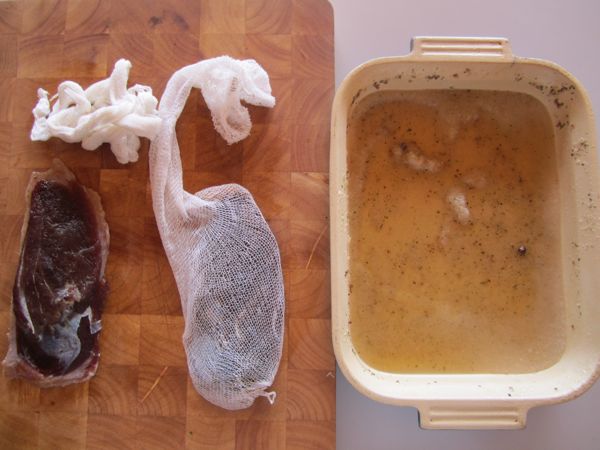 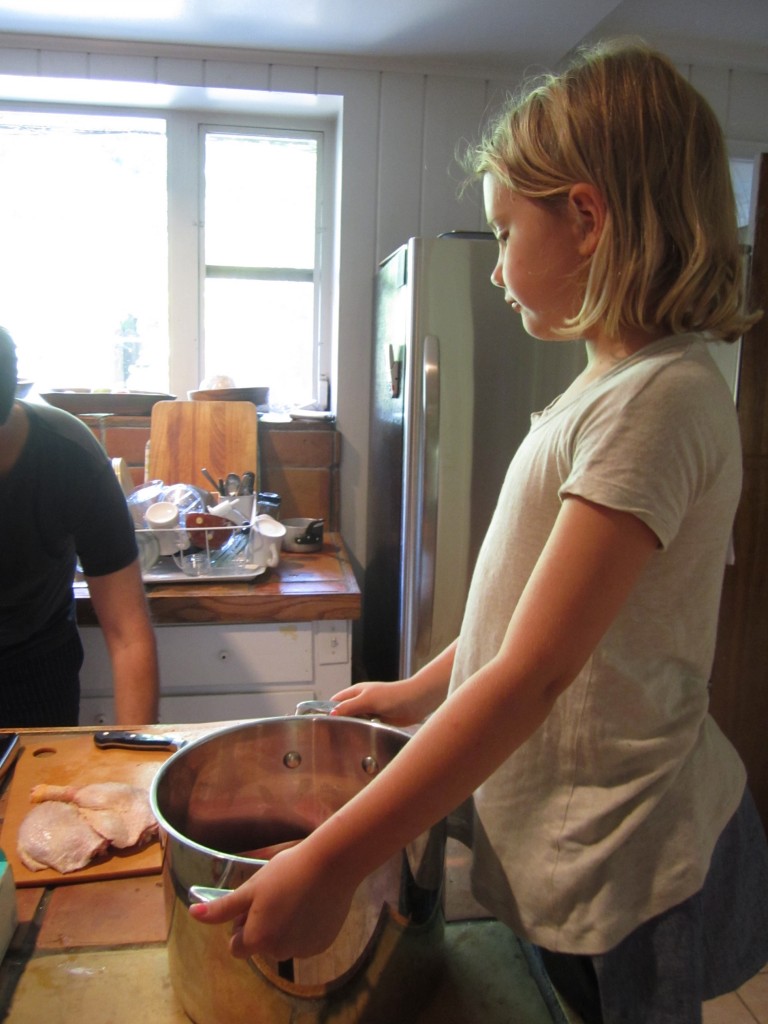 Nothing in the bin and 100% into the pot. Clara had a lot of fun, I actually got some help, and I think she might also have learned how much work goes into putting a meal on the table.

This is the best! What a luck girl…

you guys are way better than me…I am not even really sure what to do with a chicken with bones. I think i need your meat camp!

I love the idea of meat camp… for kids and adults.

So happy to see Matt on here! We used to work together on shoots for MS Kids, back when Clara was just a babe. I love that you cure pancetta in your shower.