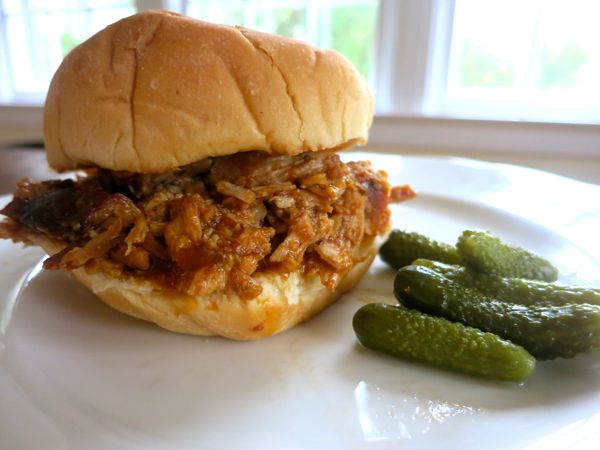 Let’s talk about ruts. Specifically the rut I’m in right now, which involves waking up committed to getting some good writing done, and then going to bed twelve hours later with almost nothing to show for it. (Unless you count a few facebook and instagram posts, a lot of soccer-related emails, and a screentime-overload-induced headache “something to show.”) Ruts, no matter what form they take, can be soul-crushing, but I have to believe a writer’s rut is a special kind of torture, because if I sit in front of a computer all day in a small, dark office, and get nothing done, I am haunted by all the other healthy-minded, Vitamin-D-absorbing ways I could have been spending my spring day. I could’ve planted some flowers in the backyard, or gone for a run, or taken my poor ignored dog, Iris to the park. In under 20 minutes, I could’ve been wandering the Garden Court at the Frick**, a quick shot down the West Side Highway. But instead, Iris and I sit there at the end of the day, two lumps, as uncultured and dull-witted as we were when we woke up that morning. (I will also add that all this non-productivity doesn’t exactly make me Mother of the Year. I notice my capacity for yelling is absolutely in converse correlation to the day’s wordcount. Sad, but true.)

I have been at this long enough to realize that I’ll come out of it (and as soon as I get something down on paper, I’ll write off the whole rut as “process”) but until then, I’ve discovered a neat trick that goes a little ways towards making myself feel better. Last week, after re-writing my next book’s introduction for the fourth time (Note to my editor: JT! Still isn’t quite working!), I was seriously craving progress that was measurable. So I browned a pork loin, adding some garlic and onions to the pot, then braised the sucker low and slow all afternoon in some barbecue sauce. (There you have it: my BBQ nod to Memorial Day.) That way, while I was upstairs in the office, deleting and writing, writing and deleting, and burning my eyeballs out all the while, at least I could say something was getting done somewhere else in the house. 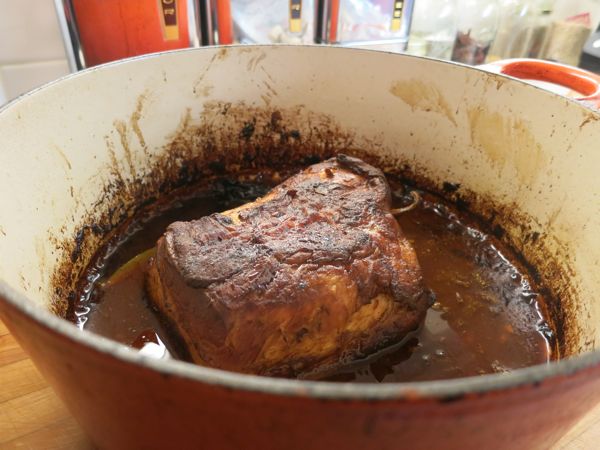 Rub pork all over with thyme, salt, and pepper. Place a large Dutch Oven or deep ovenproof pot on medium-high heat and add oil. Brown pork on all sides (about 5 minutes a side) and remove.

Turn heat to medium/medium-low and add onion and garlic. Cook until softened. Add barbecue sauce, cider vinegar, bay leaf, and chiles and whisk to combine. Bring to a boil, then lower heat and add pork. The liquid should come about 1/3 of the way up the pork. If it doesn’t whisk in a little water.

Place the pot in your oven and cover, leaving lid slightly ajar. Keep it in there for 3 to 4 hours, flipping every 30-45 minutes.* When you’re ready to eat, remove pork from pot. Discard bay leaf and chiles. Shred pork with a fork and place back into the pot. Toss with sauce, which should now be thick and glazey. (See above photo.)

Serve shredded pork on potato rolls with slaw or pickles.

*At one point, I left the house for an hour and a half, turned off the oven, came back, turned it on again. I’m telling you this not because I think you should do the same, but to make the point that when the heat is low and you have a nice block of time, it’s really hard to mess up.

**Weekday museum visits have been on the agenda for roughly four years, ever since I lost my 9-to-5 office job and made a vow that I would see more movies and more exhibits. The movie part of the pact is alive and well (Who wants to talk Godzilla???) but the other part…well, let’s just say there’s room for improvement. 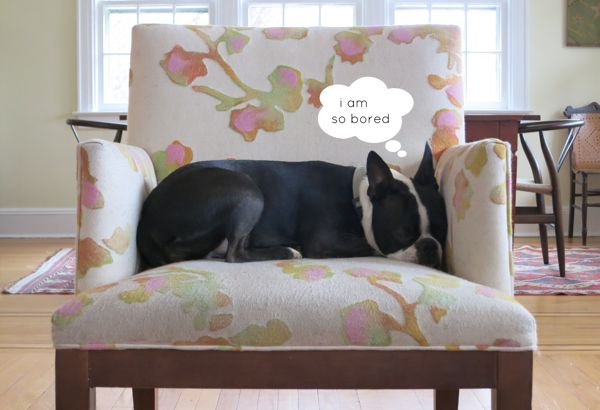 In a dinner rut?? Behold your almost-published solution, available for pre-order.

This looks so good. And, great point about how even though you may not have gotten somewhere with your writing that day, a great meal was made (and hey, you got a blog post out of it too). I’m a writer, so I understand the “rut” you are talking about. 🙂

Can I tell you how nice it is to hear someone else is staring unproductively at her screen all day? Ugh. But reading this made me think, sometimes you just have to turn off the oven and leave the house. 90% of my writing is low and slow; 10% is quickly sautéed.

@Sonya – love that description of the writing process. It is amazing how long I can stare at a blank screen, and then when push comes to shove, how quickly I can actually get down what’s needed.

@Jenny – This looks delicious. I’m guessing this might be the kind of dish that can be made ahead and reheated? I’m thinking it might work perfectly for a Father’s Day BBQ, but I would need to make it the day before.

@sonya: yes, great great description of the writing process! call me next time you are suffering and let’s hit the Frick!

Here’s a version for when you have to be out of the house all day: put 1/2 cup water in bottom of crockpot, add pork butt. (Ideally the night before you rubbed the pork well with salt and pepper and put it back in the fridge, but if you forgot no big deal). Turn crockpot on low for 10 hours. Note – 8 hours is not long enough! The longer it cooks, the more the meat just falls apart. At the end of the day walk in the house, put the pork in a separate bowl, shred with two forks. Mix in your favorite BBQ sauce (homemade or not) and throw on soft rolls. Additional note – if it doesn’t shred easily, it didn’t cook long enough. This freezes well.

Oh, I use about a 4 lb butt and it serves 4 of us at dinner, plus enough leftovers for one more meal. So 8 full servings, including 2 hungry boys.

Jenny (and Andy), I have been one of your faithful readers for over two years, but I have never commented. But this week has been too weird. A few days ago I bought the book Delancey to read on the Kindle (we used to have a restaurant a gazillion years ago in the Colorado mountains), and then you posted about the book. I now live in Florence, IT, and have spent all afternoon at home cooking your Pork Ragu, only to open your blog to see a different slow-braised pork offering from you. I could go on for forever, but I truly love your blog – the recipes and the thoughts and the sharings. Thanks so much. xo

Keep the faith, Jenny! You are changing people’s lives.

Why, just today I sat down to a most exquisite plate of leftover turkey spinach meatballs (that my son, un-detecting of the spinach, can’t get enough of!) and my first homemade marinara sauce, ever. Thanks to your !!!freezer plan!!! all i had to do was make the sauce and boil the noodles last night, making it all entirely possible, albeit one step at a time. The meatballs were made two weeks ago.

…This, while I try and hurdle over my own writer’s block. (The “I’ll settle down and write aaaaaaaafter lunch” is always a good one, right?)

Your blog and book/s are an endless diversion of mine!
No doubt, I’ll be trying this pork soon.

Keep up the good work.

I am not, by any means, a professional writer but I like to keep my blog going and am committed to updating my Facebook pages 3 times a day. There are days when I literally feel NOTHING – like, how am I this boring? I don’t even have a thought, quote, recipe, cute pic to put on FB? Then I take a moment and look back at the hundreds of posts I have written…it’s a lot, and it’s important! Your blog is absolutely wonderful and inspiring, to so many. I hope your rut passes you soon and hey, if all else fails, go for a super intense run.

Uh. You’re awesome because of your wonderful honesty and ability to make us all feel like we’re in this parenting thing together. Take it easy on yourself.
Also, I just preordered the book. SO excited!!! It will arrive just in time for the Back To School Chaos.
Xo!!!!

Jenny: is the idea that 4 hours is better than 3, if you have the time?

Yum! I’ve made your BBQ sauce recipe and it’s delish. This is definitely going in my dinner rotation soon.

I was on my way to Trader Joes today and was trying to figure out what to make for dinner, as I was planning to do paperwork at home all afternoon, this came to mind-
fortunately TJ’s had exactly the right size pork loin and great barbecue sauce. Penzey’s Spices nearby had the peppers (I had never heard of them before!) and bay leaves and dinner was set–just took it out of the oven, it smells and tastes delicious–thank you–it made the paperwork go much faster in anticipation

Jenny– I’m making this for tonight but the piece I got from the butcher is almost a full pound fat, less than 2 meat! What should I do? Cook it with the fat or trim it off and just deal with the smaller piece of meat? Thanks!

I rarely comment here, but I had to write and let you know that I made this today and it was off the hook DELICIOUS! And so, so easy. Definitely a home run, and one that I’ll be making again before the summer is through.

Could I make this on the stovetop? I dont´t have access to an oven and it looks delicious.

Sure. Just use a heavy bottomed pot, like a Dutch Oven and simmer on really low for three or so hours covered, flipping every now and then. I’d uncover during the last 30 minutes or so. Good luck.

Hello! I’m going to make this soon and am wondering about how many people this recipe will feed. Thanks!

Hi! I’ve made this delicious recipe many times in the oven, but wanted to ask, have you ever made this in a crockpot? Did you have to make any changes? Thanks so much!