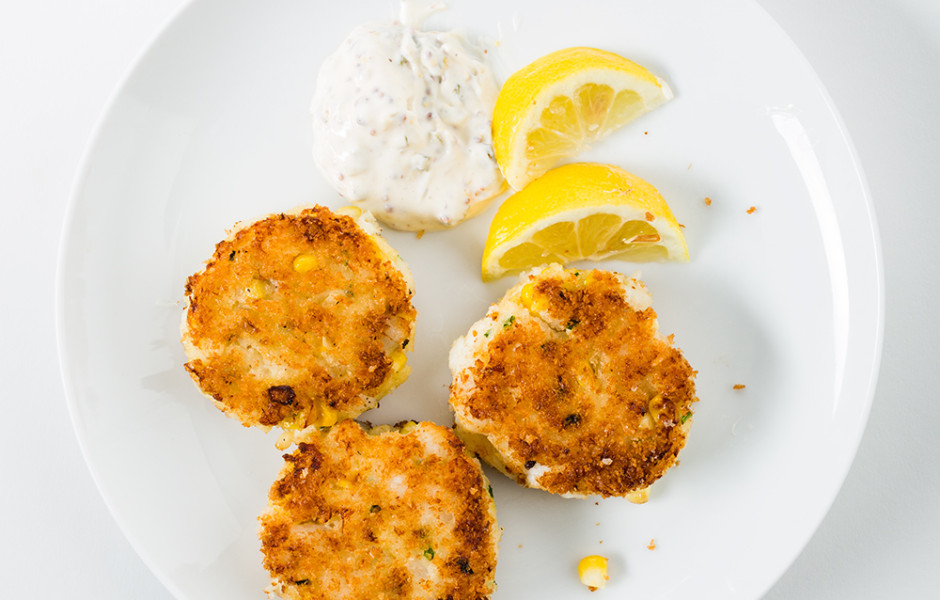 As children of the 80s, we didn’t have the most ideal exposure to seafood. It consisted mostly of Martini glasses filled with flaccid shrimp at our parents’ cocktail parties, Filet-o-Fish sandwiches, which our dads ordered from McDonald’s when they were trying to be “healthy”; and dreaded trips to the fish market, which smelled an awful lot like low tide. There, our mothers would order frozen flounder while we’d pinch our noses: People actually eat this stuff? Now, thanks to better access to fresh fish and a few clever maneuvers, our children are more evolved about seafood than we were. Meaning: They actually like it. Here, our strategies for getting our kids (and yours) to appreciate fish.

Work Fish into Vacation
We always have better luck introducing the girls to new things when we’re on vacation and the vibes are trending positive. In South Carolina a few summers ago, the kids caught a bunch of sea trout on a half-day fishing excursion; we later grilled and ate them on sandwiches with slaw. On a trip to Block Island, we celebrated our arrival by going straight to our favorite lunch joint and ordering lobster rolls, thereby establishing the pattern for the next summer we visited, and the summer after that. We work the food-vacation connection hard so that when we served grilled sea trout at home, it’s seen as a reminder of good times. Instead of, you know, an affront to their very existence.

Fry, Fry Again
Okay, fine. Maybe our fathers were on to something with their Filet-o-Fishes. Pan-frying is never a bad move when you’re trying to optimize a kid’s eating experience. We’ve had excellent luck serving breaded flounder and gray sole with homemade tartar sauce, or yes, ketchup. Master this and you can 2.0 the technique with fish cakes (shown above), which stretch a small amount of fish into a solid dinner when shaped into patties with corn and herbs, and then fried to golden bliss.

East Them Into It
Once or twice a month in the summer, we’ll steam a couple dozen littlenecks  in some white wine with olive oil, shallots, and Sun Gold tomatoes — and then toss it all with spaghetti and fresh herbs. The first time we presented this to our daughters, we did not expect them to eat the clams. (That’s a big ask of a little kid.) They merely got acquainted with the broth that was crazy good when doped up with a slab of crusty bread. Eventually, the girls grew curious about the source of all that salty, meaty flavor — and victory was ours. —Andy and Jenny

This is our August 2014 “Providers” column for Bon Appetit. Head over to there for Fish-and-Corn Cake recipe or to check out the entire Providers archive. Photo by Alex Lau for Bon Appetit. 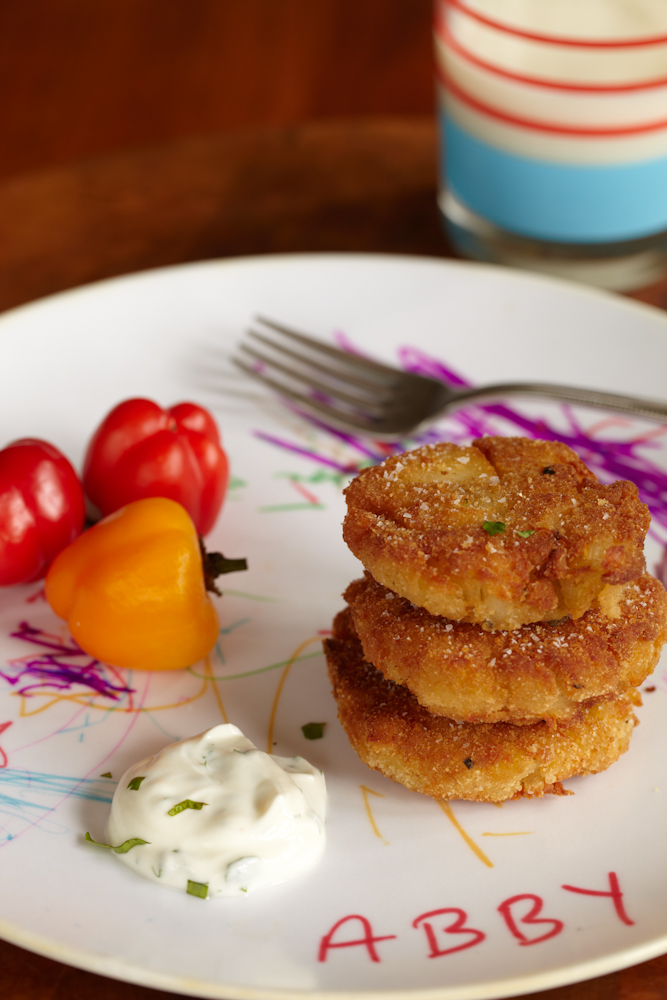 Fish Cakes from Dinner: A Love Story. See the book for recipe.

i’ve been meaning to try your fish cakes recipe, thank you for the reminder! ps i’m still about food tied to places and memories so your technique is tried and true.

Oooo… can’t wait to try that fish and corn cake recipe. Now that’s something even a toddler can love… and his parents, too. 😉 Great tips! I find that so often, our kids surprise us by what they like, as long as we offer it.

Totally. I’ve found that inhibitions are much lower on vacay – and that includes kid + food! On top of a mountain with only grilled bison burgers and sharp cheddar? Why not. If I served that at home in my kitchen my 7 year old would run into the other room.

These fish cakes look amazing and they look like something my two year old would love! Thanks for sharing the tips and the recipe.

Made these fish cakes last night and they were very tasty but I couldn’t get them to hold together. Any tips?
My 2 year old did eat a decent amount so still counts as a success.

As a child of the 50s I can tell you that I thought fish was that hard, iced-over rectangular thing that came out of a box from our freezer.

I couldn’t get them to hold together until I added an extra egg white, then they did hold together fairly well, they were very good, my teenager and my husband and I all liked them very much. I also remember the frozen flounder that came in a rectangular box in the 60’s and 70’s, that was the only fish we ate at home at the time.

@Emily – It helps to chill the mixture before you shape them into patties (as well as after); and yes, an extra egg should probably help, too. But you don’t want them to be too compact, because then they are dense, and I like a light and airy fish cake! So there is a certain amount of delicate flipping involved. Glad they turned out OK, and thanks, as always for the feedback.

I made these on Saturday night and my 3 year old, husband and I all loved them. But I too had a big problem in getting them to hold together. I chilled them for almost 2 hours (had to run an errand that took too long!) and they were still falling apart. I will try the extra egg next time. But any other tips for them to hold together nicely?

Hey Beth Nesbit, this was the same issue with me too but I added little corn flour to it for nice binding and it actually worked for me. Where previously it was falling apart adding corn flour binded it very well. So you can try that too.

Love this simple, delicious dish….unfortunately we often forget, that less is often more (as you sad)! 🙂 Thank you for sharing