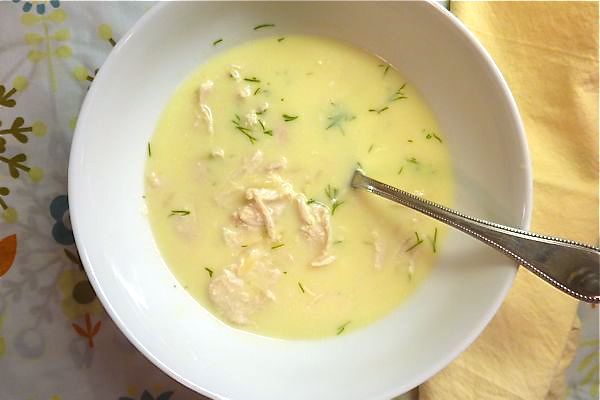 This Greek chicken soup (aka Avgolemono) was the single most popular dinner we ran in Cookie magazine (RIP) when I was working there, most likely because it takes 15 minutes to whip up from start to finish, and yet…I had never actually tried it until last Thursday. At which point Phoebe picked up her bowl and drank every last drop, and at which point my husband nearly wept with joy, and at which point I began almost immediately emailing everyone I knew demanding they try it asap. (Abby will weigh in later, after her “15-20 exposures.”)

Throw in the whole remaining lemon after you squeeze the juice out and simmer it in there for a bit.