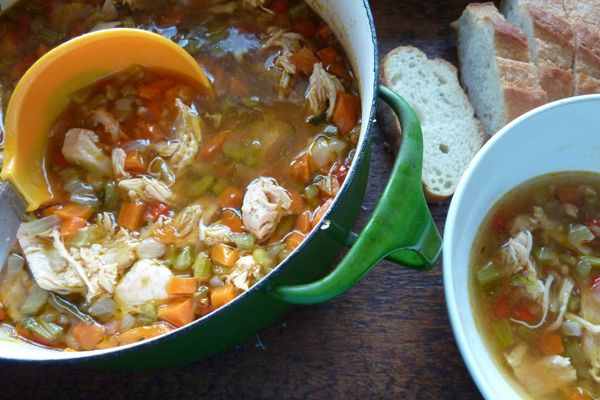 Jenny’s mom is an extremely nice person. She was raised right, is how I think about it: quick with a smile, asks questions about you and compliments you on your mashed potatoes, stops and chats with virtual strangers at the stationery store in town, and most impressive of all, consistently chooses not to say anything if she has nothing nice to say at all. She was elected May Queen in college, for crying out loud — and that doesn’t happen if you’re unkind to people. Which is not to say she is not discerning or without opinions, and strong ones, of her own; it’s just that she’s monk-like in her discipline and is somehow able, when called for, to keep these opinions to herself. She’d rather know how you are than tell you how she’s feeling; seriously, the woman is incapable of complaint.

If you know her, though, and listen carefully, there are ways to determine where she really stands on things. There is a word she uses that seems innocuous, but is, in fact, devastating. It is a hammer wrapped in velvet. When you hear it, you know you’re a goner. Interesting. As in:

When opening the box containing her birthday present, a sweater-dress you sensed was a little risky, fashion-wise, but went ahead and bought for her anyway because, hey, it’s cashmere and how could someone not love a cashmere sweater-dress: “Oh, it’s a sweater. Thank you. What a lovely color.”

“Well,” folding it neatly back into the box, “it’s…innnteresting.”

After watching you toss a handful of red pepper flakes into the pot that will soon hold the sauce for the pasta: “What is that you’re adding there?”

After going to see Pulp Fiction, which you’d just seen and had been kind of blown away by and talked about to the point that she finally decided to go see it for herself: “I found the director’s style very…innnteresting.”

Her use of interesting had achieved the level of Family Lore long before I entered the picture. It was, apparently, a cherished Christmas morning ritual, the response to every new bathrobe or attempted slipper upgrade. Say it out loud at any family gathering, even today, and everyone cracks up: it has achieved that kind of shorthand power. Jenny had warned me about it before our first holiday we spent together, telling me to keep an eye on her mom as she unwrapped the latest set of pajamas her dad had picked out at Lord and Taylor, thinking that maybe, somehow, this would be the year when he would succeed, when his gift would not be deemed…innnnteresting.

The first time I encountered it for myself, though, was in 1994, in the kitchen of the brick row house I shared with three roommates in Brooklyn. I was a 22 year-old editorial assistant who wore pleated pants and spent a shameful amount of time watching the Yankees and drinking Heineken. Thinking maybe it was time to act like a grown-up, I invited Jenny and her parents to dine one Saturday night in my grime-encrusted living room as a thank you, I suppose, for being nice to me. Looking back on it now, this must have been the first time I’d ever entertained. I mopped and Dust-Bustered and lit candles, but when it came to planning a meal, my cupboard was pretty bare. I knew what my own mom did in these situations, and I had a shaky grasp on three or four meals, so I decided to approximate a dinner she might have put together at home: I’d start with cheese and some fancy water crackers, maybe a bunch of green grapes. For the main course, I decided to do a chicken barley soup, a salad dressed by Paul Newman, and a loaf of bread from the local Italian bakery. For dessert: rice pudding (with raisins) from The New York Times Cookbook.

We were sitting on the cratered couch, eating the cheese and crackers, when Jenny’s mom asked me what was on the menu.

“Soup for dinner,” she said. “Innnteresting.”

Oooooof, that hurt. And, okay, so she was right. Soup at a dinner party is maybe not the best call, but I was 22 and it was either that or chili, so I went with what seemed the more sophisticated option. Plus, in my defense: the presence of barley raises this, Chunky-style, from a soup to a meal — or, at least that’s what I told myself. I ended up marrying Jenny, of course, so it couldn’t have been that bad. — Andy 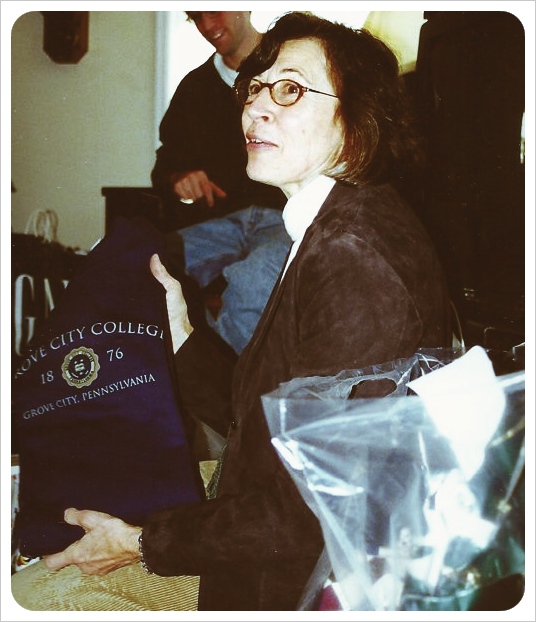 Love this story! I think everyone has one of these family members. But the part I loved most was that you were ambitious and considerate enough to invite Jenny’s family over for dinner at age 22!

I’m menu planning for the week and this is perfect, particularly as it’s looking to be a bit cooler this week!

this is perfect right now. I’m in the midst of morning sickness and 3 out of 4 of us have the flu (me being in that 3).. perfect

Also FYI, Andy made the soup over the weekend and last night we pulled it out of the fridge for our Tumultuous Tuesday dinner. So more than interesting, this soup is clutch!

Love your storytelling. I think my mom has a similar way of expressing the sentiment of less-than-enthusiastic. But your dinner party thrown at 22 sounds lovely to me, and so earnest!!

Love the picture and the grove city sweatshirt. May queen AND homecoming queen, Andy!

Thanks for, once again, giving us a glimpse into your awesome family!

Interesting! I too know a few folks like this; they always append a big smile to their ‘interesting’ response, perhaps hoping for something better than the name implies. More often, one gets raves after the meal, but if one gets a second ‘interesting,’ you know you’re in serious trouble . Jenny’s Mom sounds lke a genuine treasure and if you ever get a ‘wonderful’ from her, believe it. -C.
P.S. That soup recipe does look wonderful, not just interesting. A fun post and thank you.

Did Jenny’s mom go to Grove City? My dad did! Just curious, what year did she graduate?

I read your newsletter. Do I win Placemat Art? (I also love barley and keep those barley recipes coming!)

So, I’m wondering was the Grove City College shirt innteresting???? Is there a graduate in the making?

This soup is not only perfect for such a rainy Monday evening, but it’s also way beyond interesting! It’s hitting the spot right now.

Sweet story and you are adorable. Jenny is a lucky woman

In our family it is when my sister says isnt that fun and whimsical. I loved this story and soup is on the menu for the cold & rainy weekend we are expecting.

Sad day! Is it my imagination and there used to be a link to the recipe and now it is gone and instead there is a link to buy the the book? Or am I losing my mind (possible!)? 🙁