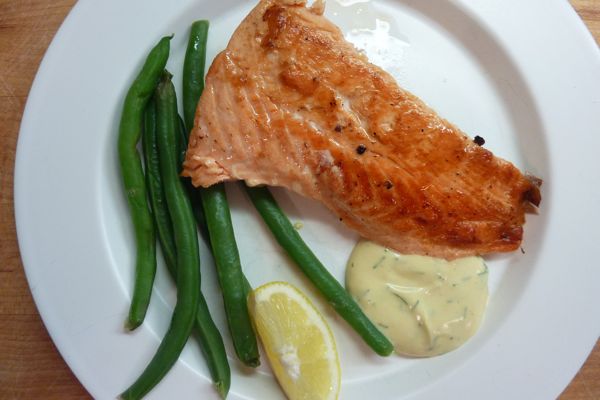 Phoebe was captivated by the the row of weeklies and their splashy covers on display at CVS last weekend. “Is that the new princess?” she asked. (I hoped she wasn’t referring to any of the half-dozen half-naked Kardashians.) I looked from Us Weekly to Star across to Hello. Yes! I said. That’s Kate Middleton. She’s the Salmon of Wales!

It took her a few seconds to get it. Oh, right! Salmon is the princess!

We’ve never been calorie counters in our house. The food pyramid — which I have a hard time even really trusting anymore — is not anything my children would ever recognize beyond a structure they might like to replicate with legos. There have been meals where we talk about our plates resembling rainbows, but in truth, our philosophy on teaching healthy eating habits has always been conveniently hands-off: If they are eating roughly what we are eating, they are probably doing OK. Way early on, though, when we were just developing the dinner habit, and when they were just starting to recognize that the point of dinner was to eat the food, not chuck it, we came up with our own version of the food pyramid. The Royals (Disney and otherwise) had proven to be excellent bribery booty for toilet-training, so we decided to assign their venerable titles towards a few random superfoods we wanted the kids to eat and drink more of: Milk was the Prince. Broccoli, with its almighty supply of treasured vitamins and calcium, the King. Walnuts and eggs were the Queen and Queen Mother, since both of them, if you were to believe the headlines, contained enough omega-3s to triple our children’s chances of getting into Stanford. And salmon, pink and delicate: The Princess. I can’t call this strategy foolproof — as both Lady Phoebe and Lady Abby still recoil at the sight of an egg — but I do know that King Broccoli and Princess Salmon have remained in power ever since. 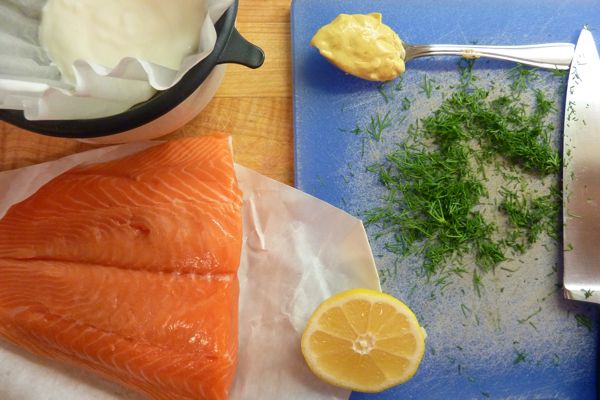 Sprinkle a 1 1/4-pound salmon filet with salt and pepper. Roast in a foil-lined baking dish in 400°F oven for 15 minutes. Meanwhile, combine the following in a small bowl: 1/2 cup plain yogurt, 2 heaping teaspoons mustard (preferably Dijon), 1 tablespoon chopped dill, squeeze of lemon, salt and pepper. Serve salmon with a dollop of sauce on the side. Serve with green beans and soba noodles.

Or serve with broccoli, eggs, and walnuts and a tall glass of milk. 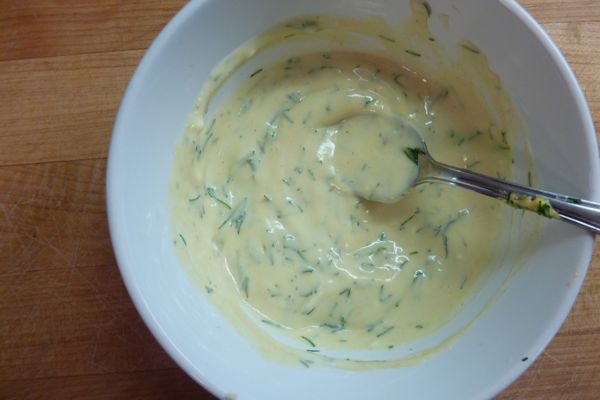 LOVE salmon! Cannot wait to make this quick and yummy meal tonight! Thanks!!

Princess salmon! Love my picky one is going to love that! I totally agree; make good food with love and there’s little need to explain specific healthy choices, they are just there at the dinner table. (Of course, if they are old enough to buy their own lunch….)

Love this post! We’ve been calling salmon “princess fish” at our house because of its pink color. It is our girls’ favorite fish. It’s amazing how a little creative marketing goes a long way with what our kids eat.

What a great way to introduce your children to healthy foods. I can’t wait to try this recipe.

My husband and I hosted a dinner guest last night and I made this recipe. It was so easy, light and fresh. Completely delicious! I wanted to drink this sauce with a straw. (I refrained.) Thanks for sharing the recipe!

Hi Jenny, finally got around to making this sauce, which we loved and was a nice touch to my usually-plain broiled salmon. I tried to follow the link to “Pink, Pink, What’s Wrong with Pink?” and got an error message every time… is that post still on the site? Just looking for more salmon goodness!

Just made this from the book last night and couldn’t believe how delicious the simple sauce was. Everything I’ve tried from your book has been fantastic. Thanks so much!

I made this salmon and sauce from the book this evening–slight difference in the ingredients and oven temps (why is that?). My 6-year old boy isn’t exactly a picky eater; he just thinks eating is stupid. Anyway, he couldn’t get enough of this dish and made me promise to always make this sauce for salmon. I’m in! This is simple and soooo good!