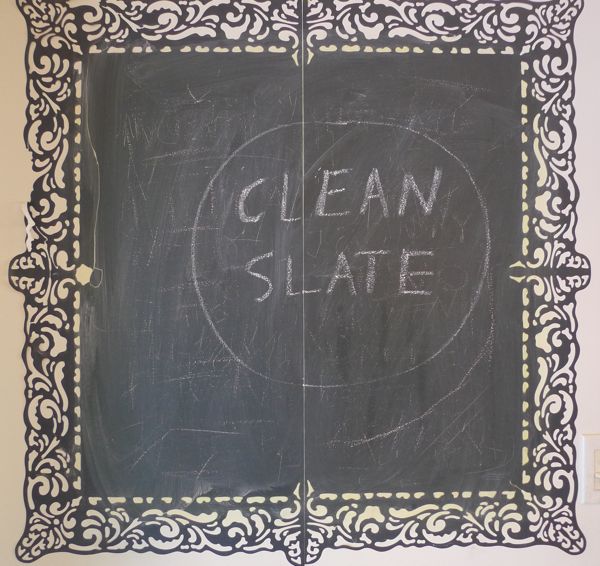 In the spirit of the New Year, I, like everyone else, would like to make a few changes in the way I am cooking and eating. I think we are off to a good start — that crunchy Vietnamese salad you made with shrimp on the first day of 2011 rocked! — but before we go any further, in the interest of starting the year off right, I’d like to come clean on a few things that have been weighing on me. Make a confession or two, or five. I’m not sure how you’re going to feel about these admissions (or about me) once they are out there, but you know how strongly I feel about keeping things open in our house. And I don’t mean open in the way that Rex Ryan might mean it. I mean making sure we are communicating and hashing out everything for the sake of our family’s emotional health. Please keep this end goal in mind as you read the following.

Confession 1. I crowd the pan. Not just once or twice, but all the time. Even though every recipe warns about the dangers of its temperature-lowering effect on the pot, I keep doing it like some risk-addicted junkie. I’ve crammed together our poor chicken breasts, burgers, and pork chops for probably over a decade now but I sunk to lower, darker depths in 2010. (Put it this way: Great Grandma Turano was not smiling down on me when I browned — grayed? — her meatballs last March.) I tried to stop, I really did! But the homework beckoned or I started dinner later than I planned to, or, or, well…Cooking in Batches is a life I aspire to, but right now, I’m sorry to say, I am not woman enough to make it work. I know this might come as a shock to you and I apologize if you were not psychologically prepared to hear it today.

2. Remember that time you grabbed the iPod, pressed play, and found yourself in the middle of “You Belong With Me?” And remember how I told you Phoebe must have been listening to it with her friends earlier that day? Well, that wasn’t exactly the truth. I confess that I was listening to Taylor Swift by myself. I hadn’t been running to it like I had been with the whole Britney Spears incident of 2004. I was in the kitchen making lunch. For myself. There were no kids around. It was me and Taylor and you know what? Here’s the real confession: I really like her. In fact, I think I may even like her a little more than your beloved Drive-by Truckers. (I don’t think it’s entirely Abby’s fault that “Zip City” has now been replaced by “Speak Now” on our Most Played list.) Andy, I’m so sorry. I know how hard this must be for you to hear, but I promise you I am working on the problem. I only allow myself one karaoke performance of “Love Story” every day and even then, I always make sure one child under 10 is in the room with me.

3. You know how we resolved to redeem ourselves for our hedonistic December by going vegetarian (+fish) for at least the first two weeks of 2011? Well. I forgot about chicken broth. And therefore I wasn’t even strong enough to make it past noon on January 1, when I reheated that frozen stash of butternut squash soup from last month. It’s been almost 48 hours since then, and I feel firmly back on the wagon, but I wanted to make sure you knew.

4. Sometimes, when you head down to the basement to fetch us a bottle of wine, I add an extra pat of butter to the potatoes/quinoa/noodles/broccoli/risotto, even though, after your last cholesterol check, we vowed to cut back on butter and cheese. I’m sorry! Just that little bit makes it taste so much better. And think: One pat of butter divided by four mouths is like a little raindrop of bad fat, right? How could that even register?

5: Last April, I opened a bottle of Chardonnay thinking it was that special one from Burgundy that your old boss gave you, and savored a glass while I made dinner. But it was actually the Canadian Chardonnay that was left here after the pre-school potluck and that you had been meaning to throw away since 2005. I didn’t even notice til I put the bottle away and caught the bright orange $3.99 sale sticker affixed to the back. 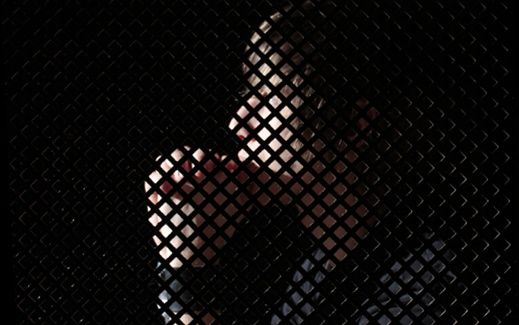 I, too, have some things I need to get off my chest. But first, I should respond to a few of your confessions, and thank you for your honesty. Don’t sweat the crowding the pan thing: God, on the spectrum of kitchen sins, this one hardly registers. I do the same thing: in fact, when I see a recipe that calls for browning things in batches, I practically take that as a dare to get as many meatballs or pork chops into the pan as possible. That’s just human nature. Taylor Swift, though?* For real? Without the kids around? Not to go all Kanye on you, but you’re in the danger zone there, possibly beyond help. You gonna start watching iCarly after the Today Show now? You gonna start resenting cheerleaders again? As for the sneaked-in pats of butter, nice. I’ll tell my cardiologist. What’s next, antifreeze in the fruit shake? Consider my eyes officially peeled. Now, as for my confessions…

Confession 1. Nothing makes my heart go colder than broccoli, though I promise to never admit this to our children. Every serving is a trial.

2. One glass of wine = two glasses of wine. I’m sorry, but it’s true. It’s so true, it should be a mathematical law.

3. You know that setting on the dial of our oven, the one right between “bake” and “broil”? It says “roast.” You know the one, right? I have no idea what it means, or what it does. I always thought baking was the same thing as roasting. Shouldn’t I know this?

4. Our silverware drawer makes me really crazy. I know you think the mismatched patterns and jumbled up slots, with the salad forks mixed in with the dinner forks, and the unpolished random pieces of silver and the disposal-chewed spoons that somehow ended up in our house even though we never bought them is “fun” and not “all matchy-matchy,” but I feel a twinge of true despair every time I open that drawer. One of these days, I am going to purge.

5. I was once, before we were married, The Guy Who Puts Hot Sauce on Almost Everything.

6. Our beloved cast iron skillet — perfectly seasoned! — kinda creeps me out. I’m just not a big fan of cooking everything in reheated lamb burger and salmon grease. So I scour it occasionally when you’re not looking. With soap, too. I’m sorry.

7. I know we’ve had our differences when it comes to the near godly status of dessert in our house, but thought you should know that I now start almost every day with one of those dark chocolate non-pareils from T. Joe’s that are always in our refrigerator. Before breakfast. Sometimes I have two. They’re so good.

8. I can’t tell you how how many times I’ve pretended not to notice that the dishwasher needs emptying.

9. I routinely pluck the pizza crusts our children leave behind from the garbage can, after you clean their plates. And then I eat them.

10. When you’re out, I squirt the Reddi-Wip straight into the kids’ mouths.

11. When you’re out, we don’t eat nearly as well. And other than the Reddi-Wip, we don’t have nearly as much fun.

This is so funny! Made my day!

OMG – Love you guys!
PS – Jenny – do you notice what a religious reader I am? I have not actually been able to make any of the dishes you call “easy as pie” yet – but I did manage to start eating pomegranate seeds in my yogurt in honor of your daughter!

I love this so much. Hilarious.

That had me lauging all the way through. Love it! Andy knows how to do it, desert before breakfast!

Kosher salt is a great way to scrub out cast iron without using dish soap.

My inner Depression Era grandmother gasped out loud when reading about washing the cast iron skillet with soap. That is downright scandalous!

That is the cutest!

Wonderful – from “the whole Britney Spears incident of 2004” to “all matchy-matchy”. Great fun!

I don’t know I wold forgive anything OTHER than scrubbing the cast iron with soap. I hope you made him say 10 hail Jenny’s…haha

love it..so glad you guys are back on…laughed out loud about the pizza crust eaten from the garbage ala George Costanza!!!

I love your clean slate (though, wow, Andy had quite the list of confessions). It was fun to come across the column about you and your blog in this month’s Better Homes & Gardens.

i’m not even sure where to start with this post. i guess for now i’ll say thank you to andy, for giving me the strength i need to wash our cast iron pan with soap. nivi will never know, though, and he’s better off that way. also, i poisoned our ipod (formerly nivi’s ipod) with elizabeth mitchell and various putomayo compilations that i didn’t label as “compilations” and have been in the doghouse ever since. yes, putomayo. and finally, one time, at a deli in miami, i ate the pickle off a plate at the table next to mine when the person left. it was untouched and so alluring.

Grid! Of course I’ve noticed how loyal a reader you are! But please note, I would never use the phrase “easy as pie!” Nor would I expect a Shore Fellow who spends weeks on end in Soweto researching HPV to get around to making anything — even things as easy as pie.

I have been enjoying your website for a few weeks now after a friend recommended it to me. This great friend of mine didn’t even know that I have saved one copy of Cookie Magazine: April 2008 — just for your 30 meals in 30 days piece. I loved the meals and suggestions so I had been using it for the last 2 + years. I now have the Time for Dinner cookbook which I am enjoying also! Thanks 🙂

Hilarious! I have to say my whole family, even the husband, loves Taylor Swift. Just go with it, Andy!

you two are super funny

Thank you for the funny post!
Note to Andy: Please use palmolive clear when you soap the cast iron. It’s much less harsh than any other detergent. I promise, it will clean it enough without stripping the precious season.

That was THE FUNNIEST thing I’ve read for three months!

[…] is why we love this post by Jenny Rosenstrach on her excellent blog, Dinner, A Love Story.  She kicked off 2011 by writing […]

I know I’m a little late on this one – but WOW I LMAO reading this post! You two are too cute…

I’m even later than Amanda on this post, but maybe your cast iron has had time to re-patina after Andy’s clandestine soap scrubbing! I loved this post! Thanks for the laughs.