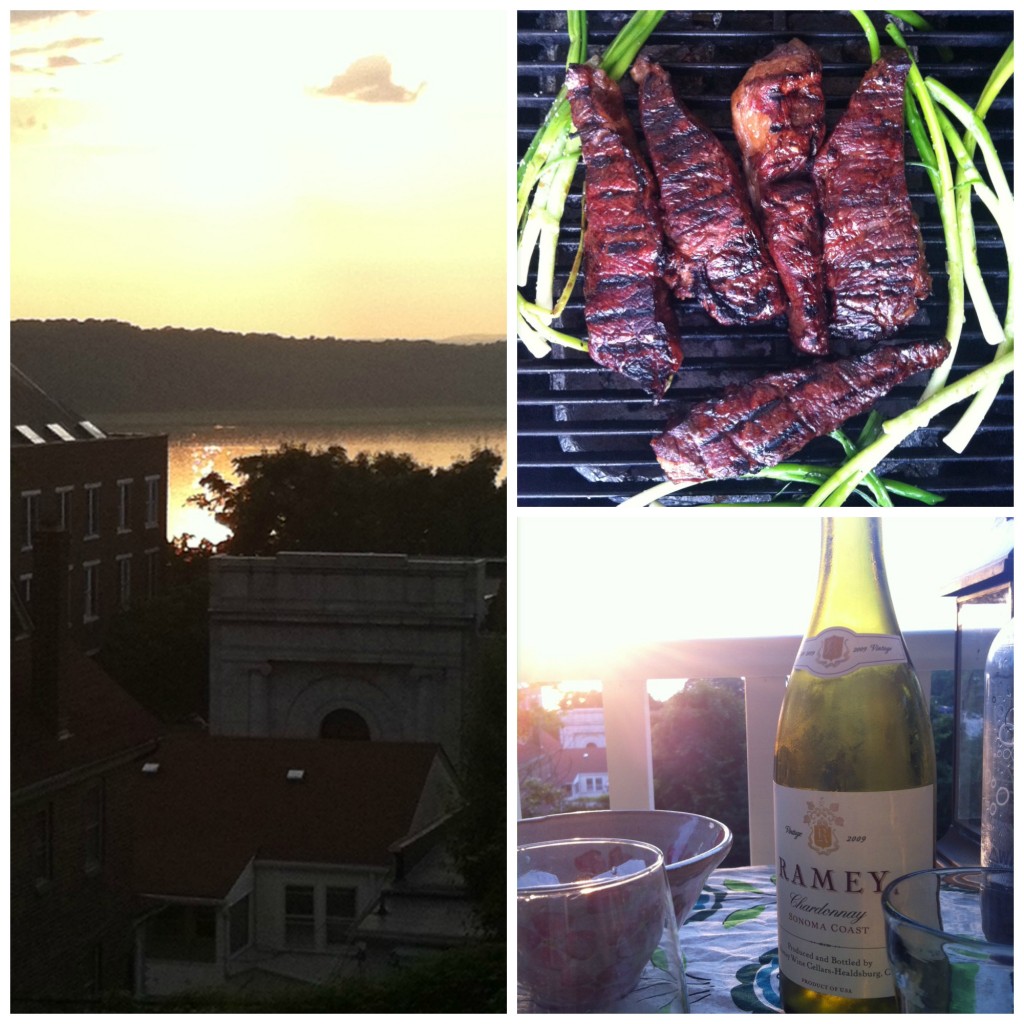 If we were playing word association (since we just got back from vacay, there has been a lot of this game going on in our house) and we started with say, short ribs…Where would you go from there?

I’ll tell you where I wouldn’t have gone:

Call me naive, but it never would’ve occurred to me to associate short ribs with backyard barbecuing — until a week or two ago, when our friends Todd and Anne had our family over for some dinner. Now, as you well know by now, dinner at their house in the summer is not your run-of-the-mill burgers-and-dogs-and-corn-on-the-cob kind of event. (Not that I would EVER turn down ANY of those things EVER!) But every time I walk in to Todd and Anne’s homey kitchen overlooking the Hudson River — whether it’s winter, spring, summer, or fall — Todd is busy concocting something curious. This time, he was mad-geniusing a cocktail: Lord only knows what the thing was — something that involved beer, cider vinegar, fresh lemons, bourbon, maybe even a small animal, can’t be sure, but whatever it was, it totally got the job done. Next to him was a platter of short ribs that Anne had dropped into a marinade a few hours earlier, getting ready to be tossed onto the grill. “It’s basically Tony’s Steak,” Todd told me, simultaneously working on a pot of quinoa and drizzling rice wine vinegar into some wilted spinach. Oh boy, oh boy, oh boy. This is so my kind of eatin’.

And I haven’t even gotten to the part in the story where the sun sinks into the horizon, casting a golden glow over the Hudson, the treetops, and the dinner table. So yeah, today, if you asked me to play word association with “short ribs” I’d have no choice but to say one thing: Summer. 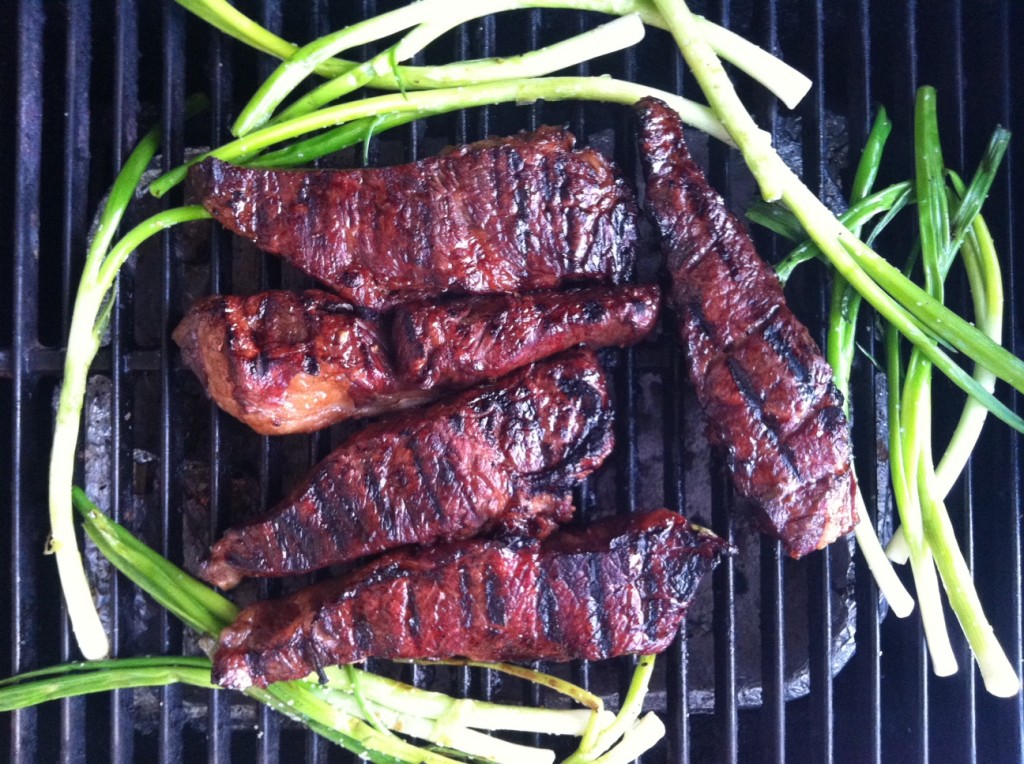 Grilled Short Ribs with Scallions
Todd & Anne served this with an herby quinoa dish and wilted spinach that had been tossed with a drizzle of rice wine vinegar, a drop or two of sesame oil, salt, pepper, sesame seeds. Oh and also a nice cold glass of Ramey Chardonnay.

Add all the marinade ingredients to a large ziploc bag. Add ribs, seal it, and marinate in the refrigerator for anywhere from 2 to 4 hours. Heat grill to high and add ribs and scallions as shown above. Cook ribs about 3 to 4 minutes a side, about 10-12 minutes total, browning all sides. Flesh should feel tender, but not smushy. Scallions are ready when they are slightly charred and wilted.

YUM! I am going to make these this weekend! Thanks for the great recipe!

What, yum, what, yes! Short ribs are going on my summer shopping list

So is this different from Kalbi?

@Kate – I would be able to answer that question if I was smart enough to know what Kalbi was.

sounds good – but aren’t they tough?

I thought you always had to cook short ribs (which I looove) a long time with a braise.

Boneless! I wasn’t expecting that, but explains the shorter cooking time I bet. Sounds wonderful. The entire evening does. I used to live nearby, overlooking the Hudson. Spectacular in summer. Thanks!

Huh, like you I’d never pair short ribs with summer but hey, I’m not going to argue this one! Can’t wait to try it out – we looooove short ribs over here.

oh dear lord. i know what i’m making this sunday. baby is almost 3 months so i have exhausted all the freezer meals i made. time to get cooking again.

The whole meal sounds so good!

the short ribs look delicious. any chance you can get the cocktail recipe from your friend as well? I’m intrigued…

I’ve made this. They ARE deeee-lish

Love your pictures! I really love the idea of “summering up” a dish that’s traditionally eaten during the cold months.

I made these tonight, but they came out so tough. Any suggestions on the cut or cooking time to prevent this? The marinade was great, but my jaw got a workout!

I’ve done something similar with the Korean-cut short ribs, which can be found at most Asian markets and are cut lengthwise across the rib bones. The result is a thin strip of meat, about 8 to10 inches in length, lined on 1 side with 1/2-inch thick rib bones. The thin slices make for fast cooking on the grill.

I made these short ribs yesterday and yes, you need to cook short ribs lo and slow. The meat marinated for 7 hours and was still very tough. I would not reccomend this kind of grilling for this cut of meat.