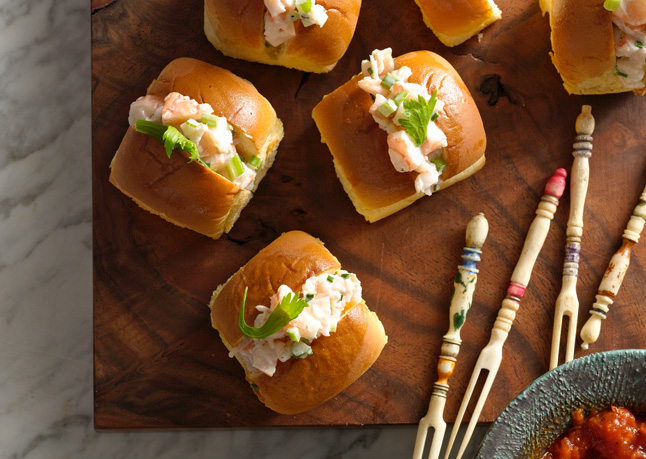 One of the first things I learned about food when I started caring about food was that smaller usually translated to better. As in, a golf-ball-size lime is going to be juicier than a steroided-up one. As in, the meat from a 1 1/4 pound lobster is going be sweeter than meat from his 4-pound older brother. As in, those two-carat-size spring strawberries are going to taste more like strawberries than the strawberries that resemble McIntosh apples. And after writing a story about hors d’oeuvres for the current issue of Bon Appetit I remembered another one: Hors d’oeuvres for dinner are so much more fun than dinner for dinner. (See: Small Bites Phenomenon sweeping New York City Restaurant Scene) Why did it take writing this story to remind me that those shrimp rolls I’ve been making since my 1999 visit to Nova Scotia would be so much more appealing for the kids if I miniaturized them? How had I forgotten Cardinal Rule #2 of Family Sandwiches: Minimizing Size = Maximizing Appeal. (Cardinal Rule #1: Anything Tastes Better in Slider Form.) Well, either way, the little rolls were on the dinner table last week (it’s a good make-ahead if you can swing it) and will likely show up there again very soon. 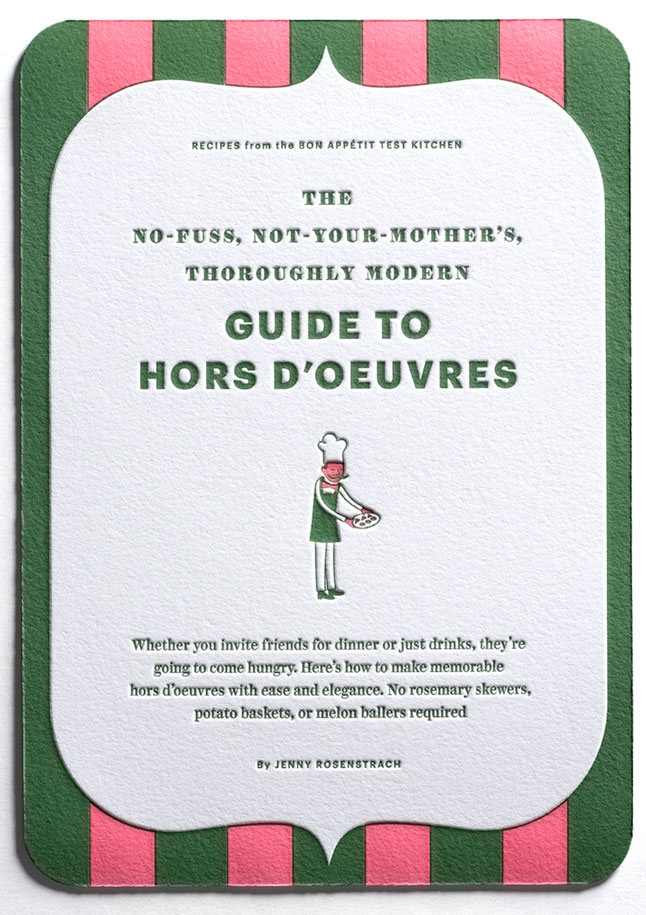 Perhaps my most favorite magazine opener ever. (“Opener” = Old-school parlance for the image that opens the story.) Alex Grossman, the creative director, actually had this invitation letter-pressed before it was shot.  Credit: Kallemeyn Press. 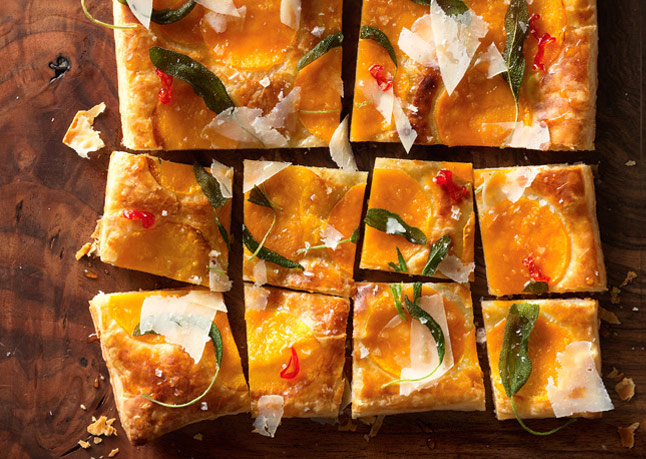 This Butternut Squash Tart with Fried Sage, developed by the BA test kitchen, was in the star-studded line-up, too. Instead of a assembling a platter of fussy finger food for your party, each puff pastry square requiring it’s own individual piping of spicy mayo, this is just one big tart that you bake and cut up like a pizza before your guests arrive. It’s called Economy of Scale and it is up next on my Hors d’oeuvres-Turned-Dinner menu.

Check out this month’s issue of Bon Appetit (The Entertaining Issue) to read the story and the entire issue. They’ve also put together an appetizer slide show which party-throwers would be wise to bookmark as the calendar inches its way towards the holidays. Two words: Queso Fundido.

I READ YOUR NEWSLETTER, DO I WIN PLACEMAT ART?? 🙂 I really do love your blog, and your book!!! I am the worst cook, but have gotten rave reviews w your chick pot pie, thank you. I really do enjoy the book, and love your style and stories!

If you haven’t been to Nova Scotia since 1999 you ought to come back, everything has gotten better.

I already had the Shrimp Rolls recipe marked in my BA magazine! Will be making it for our second grade parents cocktail party.

Victoria – It’s a daily topic of conversation in our house, ie. “How do we get back to Nova Scotia?” So it will happen! Plan on taking the kids to Cape Breton as soon as we can figure things out.

I read your newsletter! Do I win placemat art?

I loved your article in BA – I want to make one of everything! We often make platters of small bites for a fun weekend dinner and the current favourite dish is little grilled lamb chops. My 12-year-old calls them “the rich man’s chicken wing”.

Saw the BA article and loved it. I can not wait to try a few of the items. We have a small super bowl party with the kids and make fun finger foods for them, a lot of the recipes will make our menu this year.