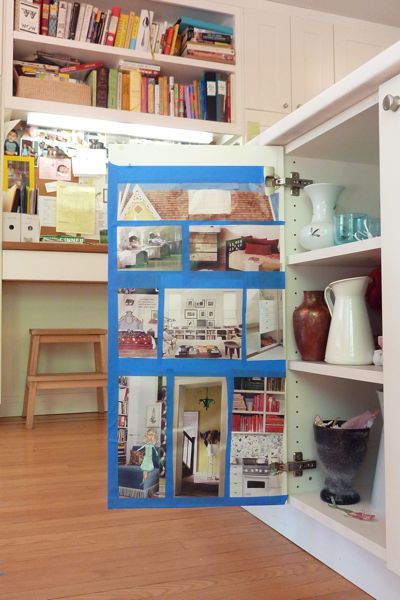 People who know me know that I am prone to the superlative. (“Sweet Home Alabama was the best movie I have EVER seen!”) But here’s a statement no one can contest: In the history of the world there has never been anyone who has enjoyed dollhouse play more than my six-year-old. As far back as I can remember, Abby has been creating little worlds for herself — and it doesn’t matter if those worlds exist inside $250 Playmobil Victorian Dollhouses, on top of antique marquetry boxes, or on a restaurant table where the only dolls available for play are fashioned out of sugar packets. (I’m not making that up.)

So she is the genius behind our kitchen’s hidden dollhouse. Last year, I walked into my living room to find her lying on her stomach in front of a row of my favorite magazines — all opened to stories about decorating. There was one open to a photo spread of a sunlit, cheerful kitchen, one open to a Malibu patio with a pool, and one open to a baby nursery. Her paper dolls were hopping from one “room” to the next, lounging on teak patio chairs, cooking on Viking stoves, and cooing with babies sleeping inside Netto cribs. (Yes, ripped right from Cookie’s premiere issue.) In other words, Abby had constructed her own two-dimensional, temporary, composite dreamhouse. 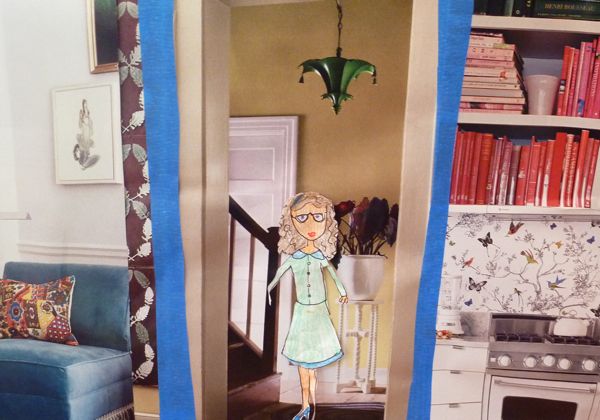 And I wanted one, too. One that might even get her to stick around the kitchen and talk to us while we cook. So we set to work tearing out pictures of rooms from Ikea and CB2 catalogs and old issues of Martha Stewart, Domino, and Cookie. Once she had her faves, I used blue painters tape to affix each “room” inside an accessible kitchen cabinet door. (You know how I like my cabinet doors.) Then I used the tape to outline each room. 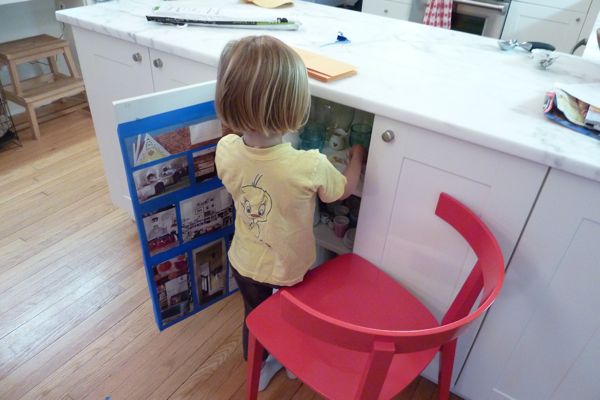 Turns out Abby wants nothing to do with me while she gets lost in fantasy land, but I still love that she’s right there underfoot while I’m making dinner. 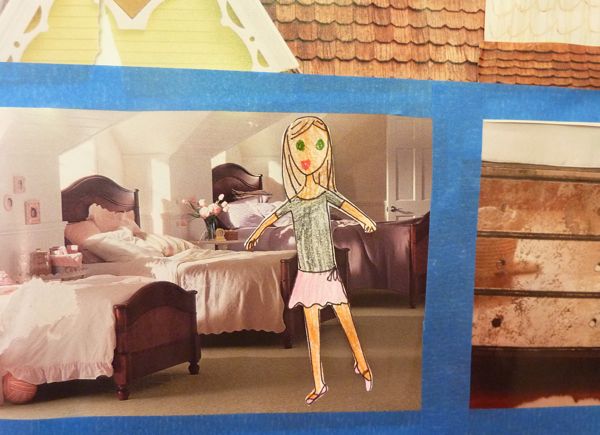 “Ariel” practices tendus in her bedroom, courtesy of a Calico Corners ad. 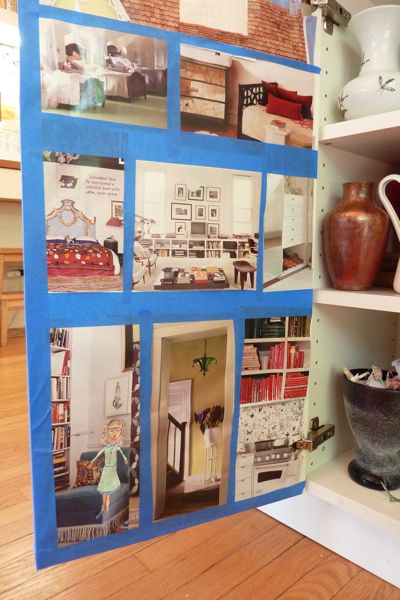 We keep some of her paper dolls in a bud vase on the shelves inside the cabinet.I taped the dolls gently to the dollhouse to take these pictures, but Abby usually just holds them up in front of the door to play. (Btw, this is also the cabinet where the “OK Shelf” lives.) 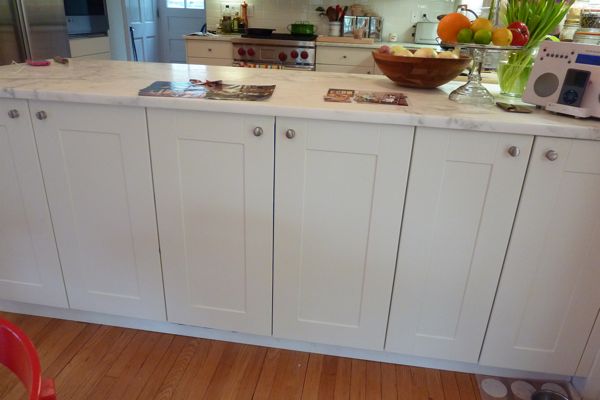 Best thing about this dollhouse? When she’s done, I close the door. All gone.

I am gobsmacked…that is more than a bit brilliant! My 3 year old is not much into dollhouses, but loves his Papa’s car magazines. I wonder if I could do something similar?
Again….so cute!
Best,
Tina

I love that the previous poster used the word “gobsmacked” and I love this idea. Very cool. 🙂

This is so adorable! I’m making a mental note of this just in case I ever have a daughter. I have an 18-month son, but maybe there is something I can come up with for him. Hmmmm…thanks for sharing this!

i think this would work for boys as well. i have two older boys now (well 5 and 8) but I find small boys like to play “house” as much as girls do. The play is a little different, but a home is what they are in everyday so it is fun to have the “daddy doll” making dinner and the “mommy doll” working at the computer or whatever. It may just be a thing with me, but I really hate calling things boy or girl games. That being said, we have a hand me down dora house. Dora was quickly evicted and Lego Indiana Jones moved in.

I love this idea!

This is such a great idea! I’m copying it tomorrow. I am now thinking about other ways to transform the inside of cupboards. Ooh, how about chalkboard paint and letter magnets. Thanks! Also, just found your blog and I love it!

I love your site! A friend forwarded it to me yesterday and I am so distracted from my daily commitments. I feel like I won’t be satisfied until I’ve read every one of your offerings. You have such a lovely style with food, photos and creative parenting tips. I’ve already bookmarked several recipes that look fantastic, simple and delicious. I’ve pre-ordered and am completely won over by you. You are awesome!

I love this, when I was little I used to turn into a doll as well, silverware at restaurants is the one that keeps being brought up even now 20 years later. I love the quick clean up too. Genius!

Oh, what an amazing idea of this hidden dollhouse. I never thought about it before. It’s the best way to manage space at home. I m definitely gonna try this.