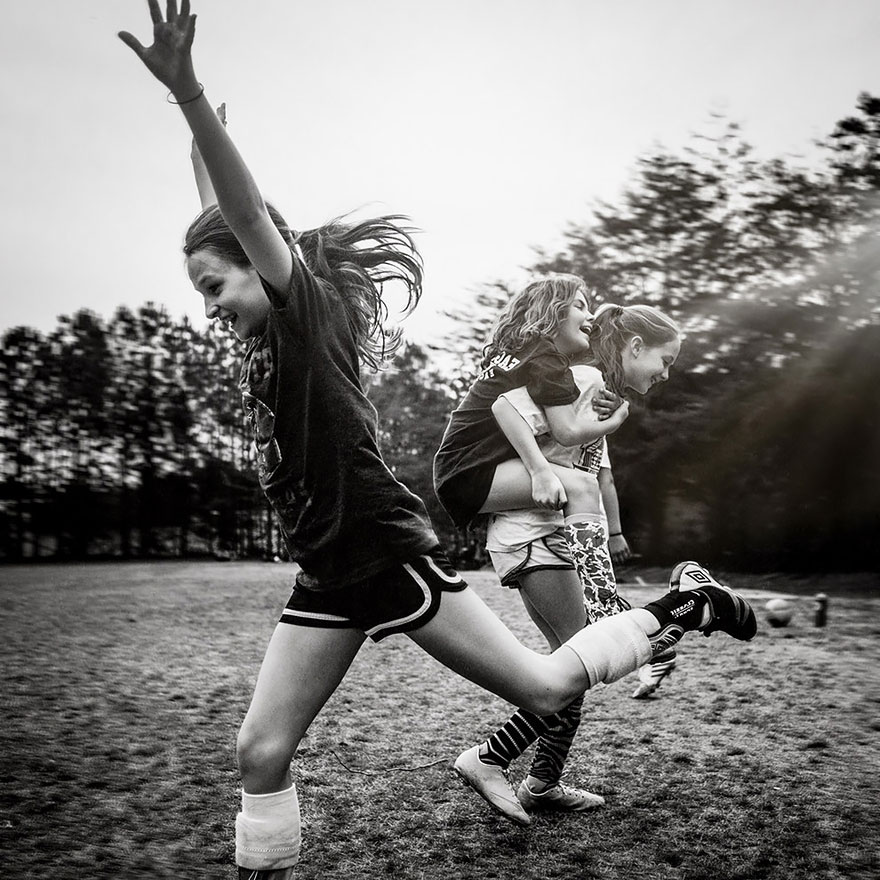 Happy spring everyone! Happy daffodils and forsythia! Happy April Showers! Happy start of soccer and lacrosse and baseball season! Happy too-much-pressure, too-much-driving-to-practice, yelling-at-the-ref season! I’m kidding. Sort of. You know how much I love sports, especially after I’ve seen what they have done for my daughters, but I’m the first to admit that organized youth athletics can very quickly spiral out of control. Here to ground me — and the rest of us — is Andrea Montalbano, regular DALS contributor, author of the Soccer Sisters series for kids, and now the force behind a new awesome kindness initiative called Play it Forward Project that reminds us about all that is good and pure in the world of sports. I’ll let her tell you more. Thanks Andy!

Without fail it’s a surprise military reunion. The mom or the dad comes home to some sporting event or classroom. My own kids stare at me, and like clockwork, I am reduced to a puddle of parental goo. They think it’s some kind of hysterical social experiment that by the way, works on me. Every. Single. Time.

What they don’t know, is that there is another kind of post that hits me even harder: those darn memes and posts that say, “One day you won’t have anyone to drive to practice.”

That is a low blow, social media. Low blow.

As much as I groan about carpool, or having to sit in a cold gym all winter, I know I am not alone in treasuring the silly, but often serious conversations with my kids that come after games and practices.

I try not to delve too deeply – particularly after a game – and I know I’m only supposed to say some version of I love to watch you play. But, I guess I’m just not very good at that. We talk about it all. In the car or at dinner afterwards.  How was the game? What did you guys work on today? Did I see how the referee was totally helping the other team?? Mom, did you see me take that kid out? (Yes, I did and don’t do that).

Pretty quickly, issues come up. For example, this week for my daughter it was, Why do I have to play in this position? Lily is 13 now, and for the first time ever, I am not her coach.  So, I told her this is something she needs to handle on her own. Talk to her new coach. Use her voice. I also advised her to give it a try and to keep an open mind.

I view these conversations as parental gold. While on the surface, they are about a team or her position, we are really talking about learning patience, confidence and perseverance. They are not insignificant moments no matter where they happen. I get it. I won’t be driving her to soccer practice much longer = she’s growing up and the days of me having the chance to shape who she becomes are coming to an end.

When we sign up our kids for soccer or whatever sport they try as littles, I think most of us do it because we want them to have fun, make friends, and hopefully become good people.

But very shortly afterwards, it can often become a very different game – hypercompetitive, professionalized and, over-structured.

As an advocate and author, my mind spends a lot of time in this space. There have been many moments where I am simultaneously preaching the benefits of sports and fighting for girls to even get the chance to play, while at the same time feeling personally frustrated and bombarded by the politics, anxiety, and nonsense that seems to infect much of our organized youth sports.

I am also fully aware that I now have a daughter at the exact age where many girls drop organized sports altogether because it all gets too crazy.

In spite of this, I still believe the core values of sportsmanship prevail, and this is where the focus should remain. Not only are sports the vehicle for facing challenges and life lessons, they are also providing a platform for us to talk about the values they promote, no matter where you have the conversation – in the car on the, at the dinner table, on a walk.

Recently, we’ve begun to discuss and act on these values and inject them into our daily lives through acts of kindness, whether or not it has anything to do with their teams.  For me, it’s almost better when it doesn’t because then I know they are getting it in a broader sense. My son William is 10. After one of our conversations, he decided it bothered him to see water bottles strewn all over the place after practice. So he’s picking them up.  Lily is 13, and I think she was able to dig deeper: After a storm, she was recently inspired to dig out the elderly neighbor who lives across the street. We discussed Lily’s teammate, who thought to add a new girl to the team’s group chat on that girl’s first day of practice. What’s clear to me is that these kids are not benefitting and learning from sports for some hypothetical future. They are doing it now and this is where I choose to focus. It’s become a thing. What can we do today to be kind? To Play it Forward?

I mean, isn’t that what all this driving is really all about? 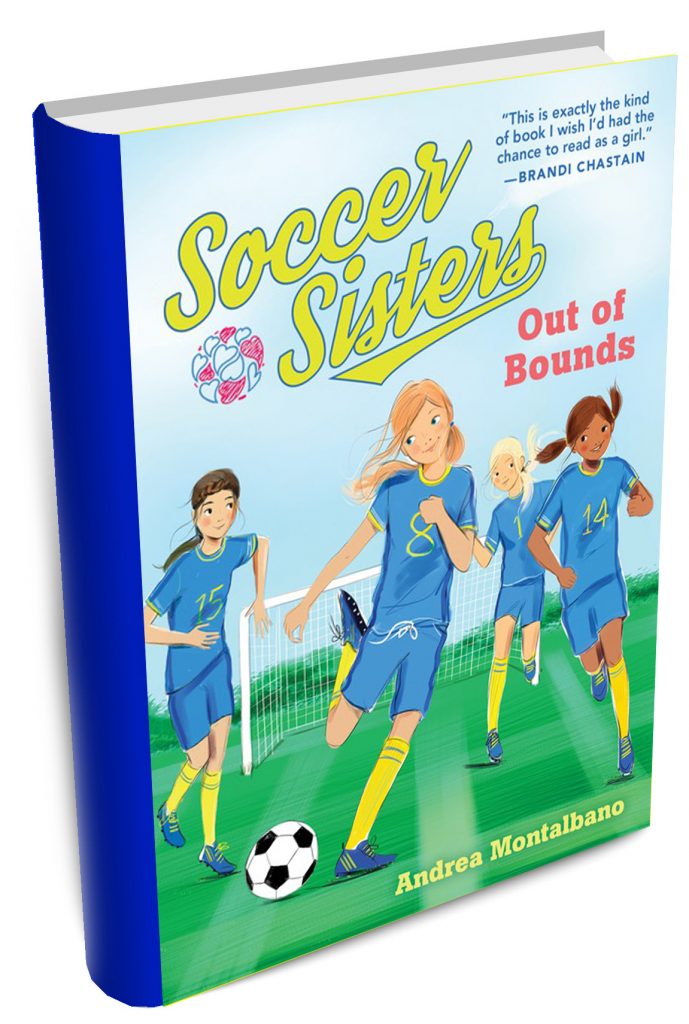 Follow the Play it Forward Project on instagram, twitter or Facebook. Snap a photo of your kid doing a good deed — on or off the field. He or she could be named Player of the Week and be eligible to win a Soccer Sisters-themed prize pack. Be sure to tag #PlayItForwardProject and #SoccerSisters. Come on guys, let’s do some character building!

Off on a Tangent: Have just ordered this http://www.obrien.ie/the-making-of-mollie for my 12-year old and thought your Girls might like it too. Happy reading
r.

sorry about the Germaic spelling …

This post brought tears to my eyes. I just dropped my eleven-year-old twin sons off at soccer camp. I complain interminably about all the schlepping, the dirty cleats, the missing socks. But I love it. I love chatting with other parents, watching my sons play, watching the shy kid score the goal, cheerin when the underdog team wins in the last seconds. I rage against the industrial complex that youth sports has become but remain hopeful that sports’ good lessons will shine through. Thanks for sharing your experience and for the information regarding the Play It Forward Project, more evidence of forces of good in this challenging world.